Meet Rosie! A beautiful Hound-mix, Rosie came to North Shore Animal League from a shelter partner in Tennessee when she was three-months-old. Veterinarians at our Pet Health Centers observed that she was exceedingly thin, very nervous, and was having fainting spells. She was diagnosed with a severe heart murmur, but Rosie’s symptoms and behavior suggested much more was going on in her skinny body. 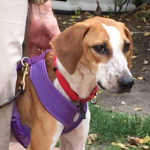 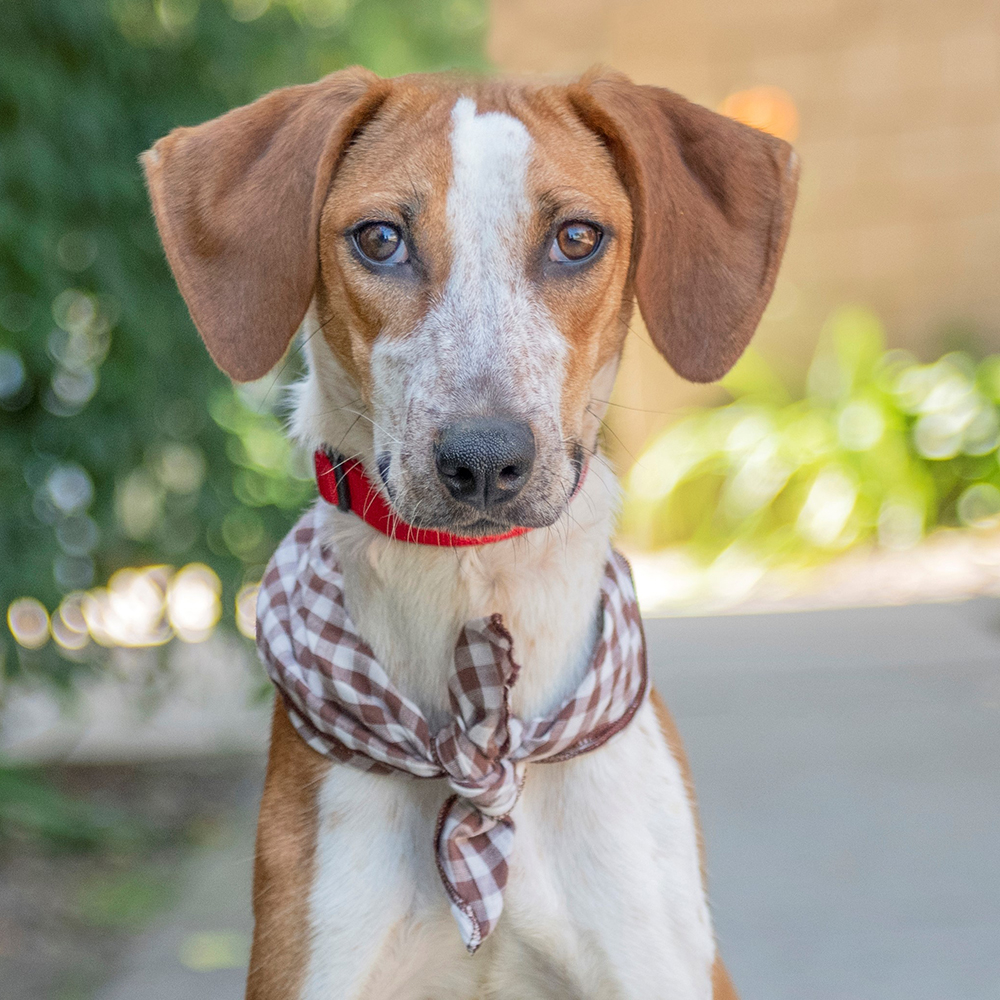 Further testing and observation showed that she has heart disease, digestive tract issues, and regenerative anemia. Her doctors have put her on a number of medications for her physical ailments and the Pet Behavior Team here is working to address her fears and anxiety. Luckily for Rosie, she has the Pet Sponsorship Program to ensure that her emotional and medical needs will be met – even if it’s for the rest of her life.

Thank you for sponsoring Rosie, for all her problems she is a very sweet girl who wants to enjoy her life!

Your donation today to our Pet Sponsorship Program will ensure that Rosie, and all the Sponsor animals, receive the lifesaving medical care and compassion they need and deserve.

Rosie’s mom, Rosanna, and her family faced many challenges in the past year, including the passing of her mother. Rosanna treasures the memories of the two “talking” to one other. Rosie’s family has been watching her closely in regard to her fainting issues. Her mom has a very strong feeling that Rosie’s anxiety can be triggered by enclosed spaces such as her crate at home or in a kennel in our Pet Health Centers. But they don’t let her reach a high anxiety level and that’s probably why she has never had a fainting episode with them. Rosie’s family is committed to see her through this issue and her other special needs. Rosanna says that Rosie is such a character and very smart. They bought a gate and placed it between the living room and the kitchen. “When she gets bored, she lifts the lever of the gate and lets herself out. She learned how to do this immediately,” laughs her mom. “Now, how can someone get mad at that? She gives you her adorable puppy eyes and asks for dinner.”

Rosie’s parents have been trying to keep her busy and active and it turns out that she loves car rides. They get her out several times a week so that she becomes more familiar with the surroundings and learns to curb her barking. She also gets daily walks and loves to visit with the neighbors. Rosie’s human grandma lives downstairs and every so often, mom Rosanna finds Rosie staring down the stairs to signal that she wants to go visit. Grandma insists that Rosie knows and understands her pains and discomforts. Rosanna just lets them enjoy each other’s company. Medically, Rosie is doing okay. She’s put on a little bit of needed weight. Her echocardiogram was done in May and the results were similar to the one taken four months before. Her next checkup is scheduled for later this year at Animal League America’s Pet Health Centers. Rosanna feels that Rosie’s eyes “speak to her,” and that she’s so very smart and sweet. Her parents want to give Rosie a long, happy, and healthy life with the help of her Sponsors.

Rosie is great. ”She is very special and has so many cute characteristics” said her mom, Rosanna. She and dad, Jerry, really love Rosie’s company she loves them. Whenever Rosie gets a chance, she also runs downstairs to steal a visit with Rosanna’s 92-year-old mother, who enjoys her antics. Medically, Rosie is doing quite well. She hasn’t had any fainting spells. Recently, Rosanna booked an appointment for her echocardiogram to check her heart murmur, renewed her medications, and picked up her prescription food. Rosie has found her favorite spot during the day: the family room which has a big, long sofa near four large windows. She perches herself on the sofa and checks out all the passersby. But Rosie loves to stay in bed too especially now that she’s discovered her parents’ bed! Rosanna and Jerry were able to take her in a couple of obedience training classes before the COVID-19 health crisis escalated. They were hoping to extend classes, but the pandemic changed their plans. Most of the time Rosie follows the rules and their commands, until she sees people or other pets during her walks. Her parents have learned to bring treats to help her stay focused during her daily outings.