Meet Scooter! This very sweet kitty had a very difficult life before he arrived at North Shore Animal League America. But his life improved tremendously the minute he entered our campus. 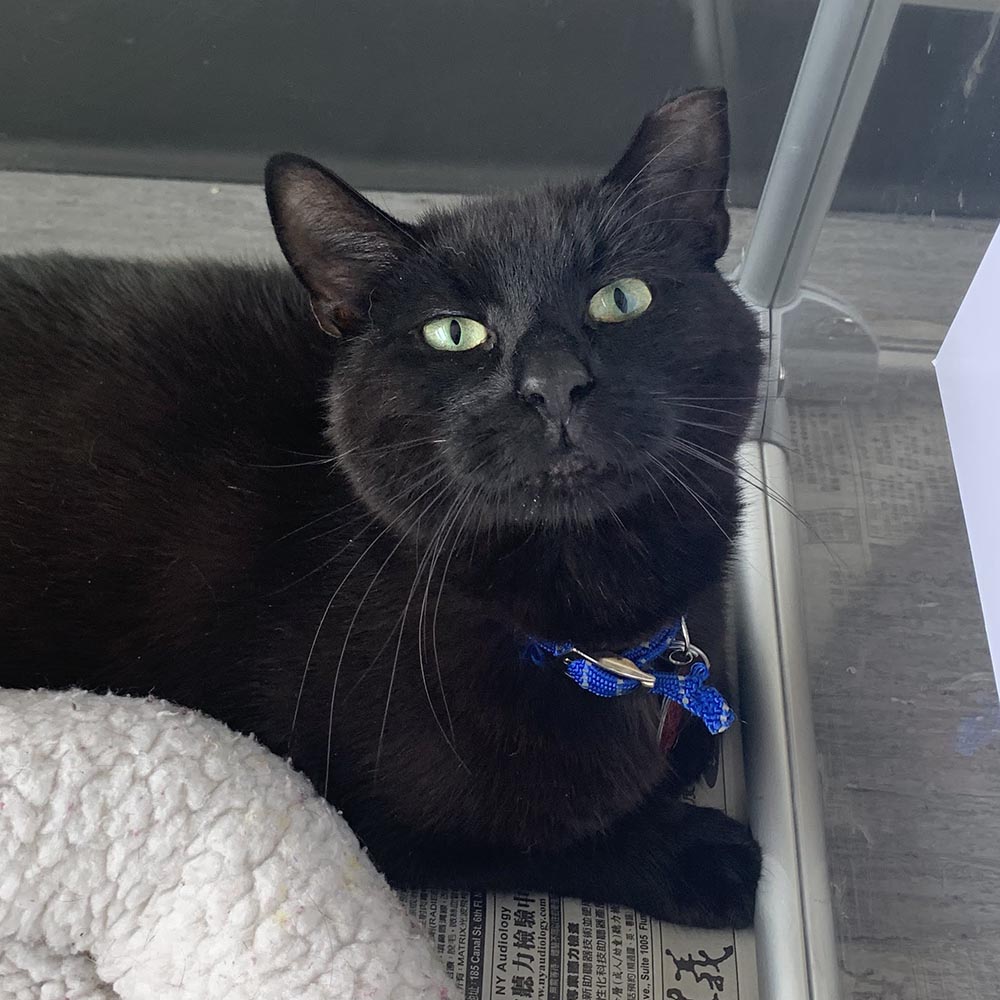 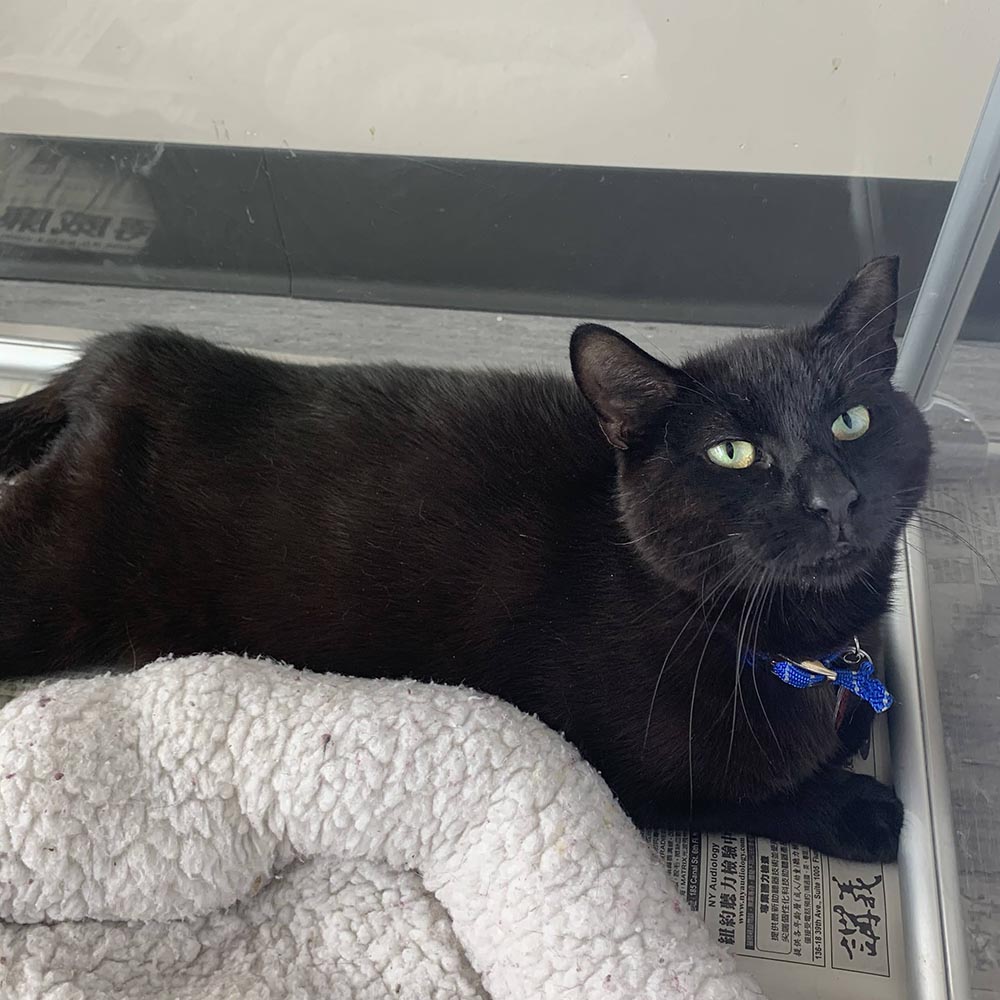 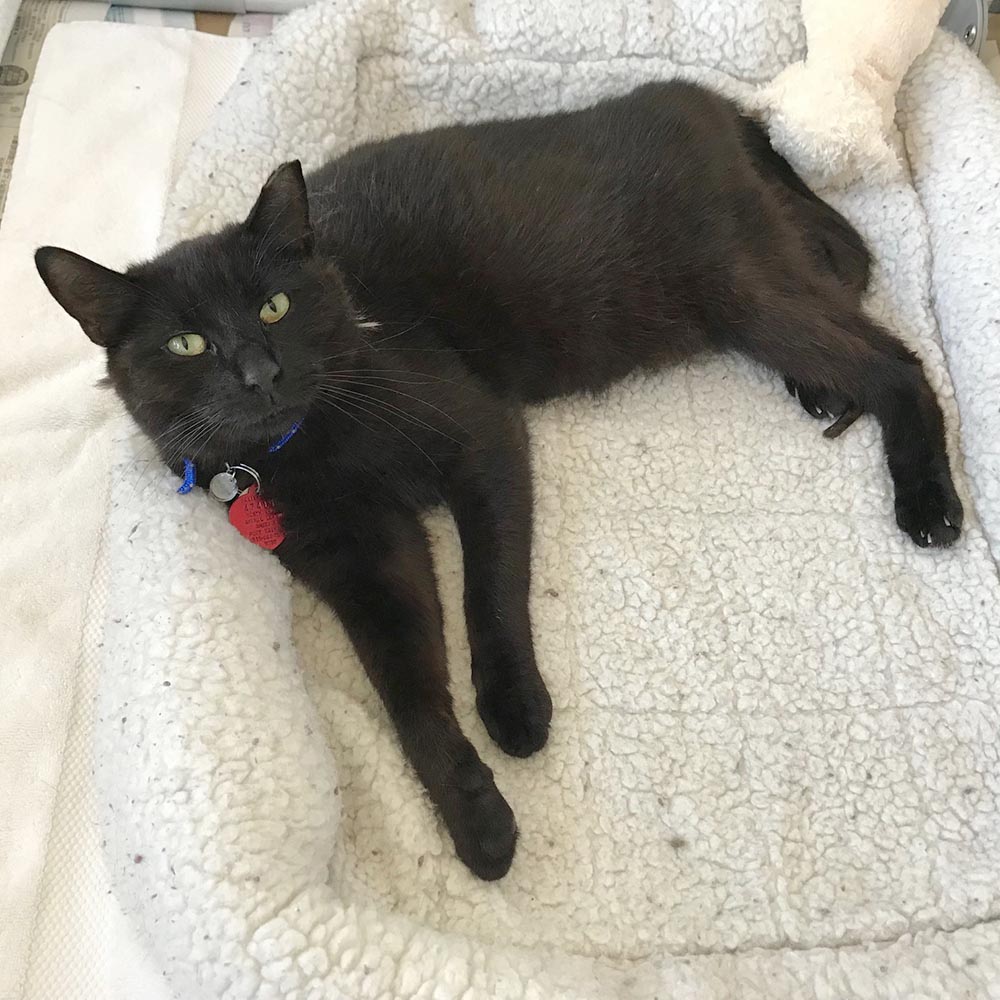 Scooter was found in a junkyard and wasn’t able to walk. He suffered an injury to his spine and can’t use his hind legs at all. X-rays revealed a lesion at a vertebrae on his lower back. Unfortunately, because of the trauma he suffered, Scooter is also incontinent. Scooter hasn’t let the misfortune of his past affect his all-around great personality. He loves attention, likes other cats, and enjoys affection. As a Sponsor Pet, Scooter’s medical needs will be met by our Pet Health Centers. This is only possible because of supporters of Animal League America’s Pet Sponsorship Program. Thank you!

Your donation today to our Pet Sponsorship Program will ensure that Scooter, and all our Sponsor animals, are taken care of so they can have the happy lives they deserve.

Scooter has blended in nicely with his family — he has three feline and two canine siblings, also with special needs. His mom, Lori, works from home so he keeps her company in the combined office/cat room. Scooter’s parents needed to learn how to treat his incontinence. He did have one setback a few months ago when his backside became very irritated. He spent some time at the Pet Health Centers getting excellent care and became a favorite with the veterinary staff. You can’t help but love him! Scooter’s bladder now needs to be expressed a few times a day and he’s on special medication. He’s had no issues since then and he’s comfortable. Scooter has a ramp that he loves to climb, and his favorite toy is a ball on a spindle — he spins that ball all the time! He is very active, moves pretty fast, and will give a soft “cooing” sound when he is happy. Tom and Lori are happy that they’re able to give Scooter a safe and loving home, far away from the junkyard that he was rescued from. They wish to thank all who sponsor him!

Scooter has been adopted! Tom and Lori met Scooter in August and adopted him. One of their closest friends at Animal League America brought him and his plight to their attention. They didn’t hesitate to respond. Scooter is now living his best life in Connecticut with three other cats and two dogs — four of which are rescues from Animal League America. At first he was separated from the other pets while he acclimated to his new environment. Then, they slowly introduced one animal at a time to the newest member of the family. Scooter is rear-leg paralyzed, but he is not afraid to get around. Scooter is extremely affectionate, loves his treats, makes a “cooing” sound when he is happy, and he enjoys being brushed. “He’s a big mush, and he just wants to be loved. We have always adopted the “special” ones, and this one is no exception,” says his parents. Tom and Lori can already see that he will be a wonderful addition to their family. He even already has his own Instagram page and you can follow him at “Scooterthewonderkitty.”