On November 18, 2021, North Shore Animal League America held the second virtual Celebration of Rescue. The celebration showcased our inspiring rescue efforts, in addition to a variety of entertainment that included celebrity guest appearances, an auction with a range of unique items and one-of-a-kind experiences, a cooking demonstration by vegan chef Matt Korsky, an original performance by The Pretty Reckless, and a video from the Grammy Award-winning band Train, inspired by Animal League America.

The virtual format enabled 655 friends of Animal League America from across the country to participate, bid, and donate. Viewers tuned in from 41 states, and even from Canada and the UK. An inspiring evening was had by all, while raising significant support for our incredible dogs, cats, puppies, and kittens! 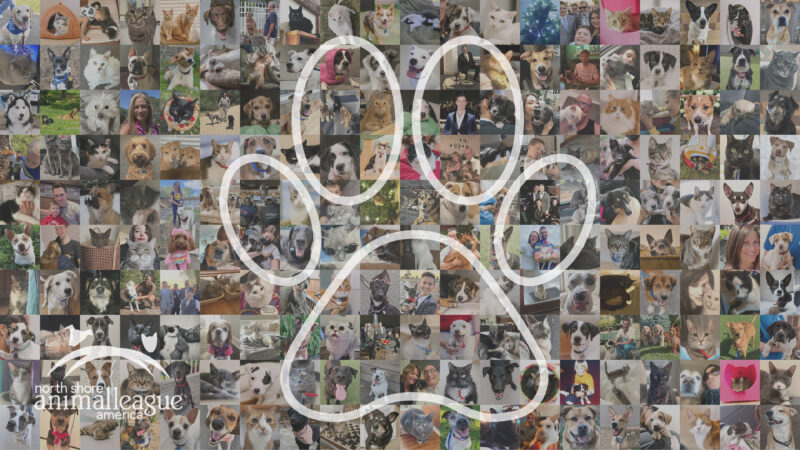 Special Moments from our Virtual Celebration of Rescue

J.John Stevenson, President & CEO, discusses our no-kill mission during this past year.

See our mission in action as earlier this year we welcomed 50 neglected and abused dogs who were rescued from Puppy Mills.

Vegan Chef and owner of Greenstreet Eatery, Matt Korsky shows us how to make a delicious sweet potato and black bean quesadilla.

Learn about Aja, the resilient young mama who beat the odds and charmed hearts.

Thank You to Our Sponsors