Meet Kovu! This sweet boy was in bad shape when he first arrived at North Shore Animal League America. Yet even with his multiple health issues his loveable playfulness always shines through. 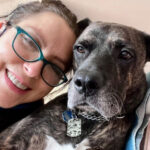 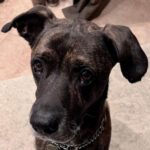 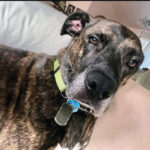 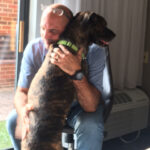 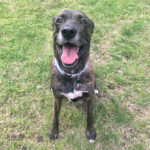 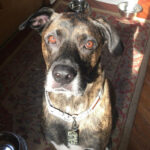 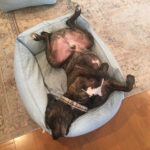 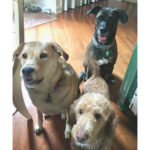 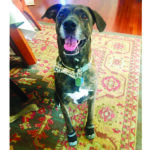 When Kovu arrived at North Shore Animal League America, he was skin and bones. Here he was diagnosed with a condition called “immune mediated hemolytic anemia” (IMHA), a disease in which the body attacks its own red blood cells. This disease can’t be cured, but can be managed with potentially lifelong medication. Kovu also has a heart murmur that is attributable to the severe anemia he had when he was diagnosed with IMHA. Upon arrival, he had an extensive wound on the bottom of his right front paw that was very infected. Unfortunately, it was so severe that two of his middle toes needed to be amputated. Not only that, but he came here with Lyme disease, ringworm and skin issues! But, Kovu doesn’t let his medical issues keep him down — he has never-ending love and kisses to give. Thank you for sponsoring this sweet Hound mix. He needs you and the Pet Sponsorship Program to be able to live the full life he deserves.

A donation to our Pet Sponsorhip Program will give Kovu, and all our Sponsor animals, the ongoing care they need to lead happy and healthy lives.

Kovu does have some ongoing medical issues, but his mom Beth has been monitoring him well and taking him in for his checkups and bloodwork. Every day they appreciate the gift of having him in their family. “Kovu brings so much unconditional love and happiness to our lives,” Beth said. “We are so grateful Animal League America invested the time and energy to keep him well. He is a total angel and a very special being.”

Kovu remains steady in his passion for tennis balls. They are his favorite thing to chase and when you pick one up, he comes alive, said mom, Beth. When not running around the backyard, he likes his quiet time, too. “Watching TV with me on the couch or sleeping in my daughter’s bed at night are also favorite pastimes,” she said. “He is an amazing dog, so gentle, loving, and kind. Kovu is a true gem!”

Kovu is loving being an official member of his formerly foster family. He has some lingering nausea and limping, but also loves a good tennis ball … or anything that can be thrown for him. His mom, Beth, reports, “Kovu also loves romping around with his rescue dog brother Jagger in the yard, exploring the sights and smells a few times a day.” When he isn’t curled up in his favorite spot next to mom, he’s spending the night on his human sister’s bed. “He is the sweetest, most lovable soul,” Beth exclaimed. “We are lucky to have him in our lives!”

Kovu continues to enjoy being officially adopted into his foster home, and they continue to appreciate the wonderful dog that he is. “Kovu is everything (and more — all 80 pounds of him!) that anyone could hope for in a canine companion,” mom Beth told us. “He is a gentle giant who we describe as: goofy, sweet, loving, cautious, dedicated (to me!), and very smart!” Kovu loves exploring outside and though his belly is still sensitive, it has definitely improved. No doubt the devotion from everyone around him — family, friends, and canine brother, too — has helped him feel better! “He really is a special boy,” Beth said. “We are so blessed to have him in our lives.”

Kovu has found his new home! We are so thrilled to announce that Kovu’s foster parents decided to make Kovu a permanent part of their family. “Kovu is such a happy and loving dog!” says mom, Beth. And it is clear Kovu is receiving the most loving, compassionate care. Beth noted, “He has spurts of energy, but can tire easily. I purchased him dog booties for his front paws where his toes were amputated, and it does seem to help protect the area. Being the sweet dog he is, he accepts wearing them, as if he knows they will help him!” Kovu’s favorite activity, when he isn’t lounging on the couch, is running around the yard with his canine sibling, Jagger. Kovu likes to explore all the sights and smells, and run after any bunnies he might see! Kovu also loves treats and doggie tennis balls, which they always make sure are in abundant supply. According to Beth, “No matter how he might be feeling, he maintains his sweet demeanor through it all!”