Our Sponsorship Nursery (formerly called the HELP Program) is filled each day with the small cries of orphaned or newborn puppies and kittens. Some days, as many as 100 newborns are in our care – being hand-fed from a bottle, nurtured and cared for until they are healthy and strong enough to be placed for adoption into a loving, permanent home. 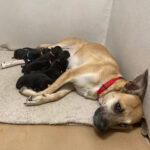 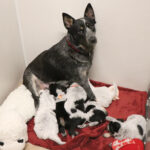 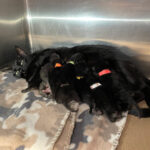 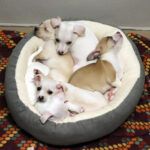 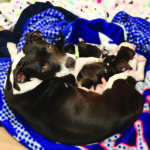 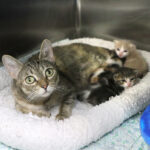 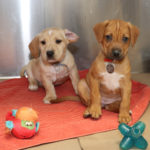 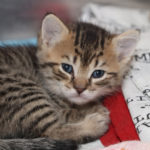 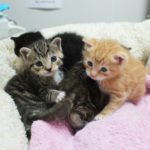 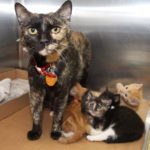 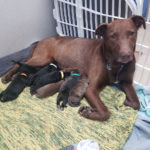 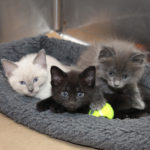 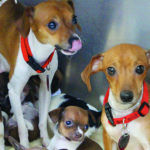 Your support of Animal League America’s Sponsor Program will ensure that the nursery and the other Sponsor animals receive the love and care they need to be as happy and healthy as possible.

Special-needs puppies and kittens are in our care because often, a cat or dog will give birth, but the owner is unable to care for the newborns. The Animal League is often asked by other shelters to lend its support where pregnant dogs or cats are scheduled for destruction unless we step in.

By supporting the Animal League’s Sponsorship Nursery you can help care for newborn animals in need, ensuring that these puppies and kittens receive a chance at life.

The Sponsorship Nursery gives our pregnant dogs and cats a safe place to nurse their litters, and gives the orphans we save the special treatment they require. Too often we see that pregnant animals are the first to be euthanized in overcrowded shelters — moms like Vera (pictured above), who was rescued from Tennessee. In the protected and nurturing space of our Nursery, Vera gave birth to her adorable litter of eight pups, and they are all getting support they need to grow strong. Thanks to our incredible Sponsors, these precious animals will have a healthy start on their joyful future ahead.

The Sponsorship Nursery is always a very busy place throughout, filled with pregnant mama dogs and cats, nursing litters, and orphans. Animals in need like Mama Audrey, who came from Georgia and gave birth in our Nursery a few months ago. Rest assured that there’s nothing that will stop North Shore Animal League America from getting these vulnerable animal families out of harm’s way and giving them the specialty care they require. Here’s a peek at a few recent residents. As always, we can’t thank you enough for your continuing Sponsor support of the Nursery!

The Sponsorship Nursery has been a very busy place throughout 2020, filled with pregnant mama dogs and cats and nursing litters. By now you know that North Shore Animal League America won’t let a global pandemic nor natural disasters stop us from getting these vulnerable animal families out of harm’s way and giving them the specialty care they require. The little mama and kittens from Louisiana you see here were rescued from the devastation left by Hurricane Laura. We and all the moms, puppies and kittens can’t thank you enough for your continuing Sponsor support!

Rest assured that all the mamas and babies received the same love and special care during the Coronavirus crisis that we’ve always given the residents of our Nursery. Like Mama Joy who came to us as a very young stray cat. Almost as soon as she arrived, she began nesting and had four beautiful babies, two boys and two girls. We’re eternally grateful for continued Sponsor support of the moms, puppies, and kittens.

Discarded by a backyard breeder in Tennessee, two-year-old Hannah, pregnant and frightened, arrived at North Shore Animal League America’s campus on a mobile rescue unit. This Jack Russell mix was in poor condition and was admitted right away to the Nursery and given extra nutrients, plus—of course—other tender loving care, in preparation for the birth of her pups. She got to us just in time as her babies were born seven days later! Mom and her six puppies are doing fine. Hannah gets as much food as she wants because she is still producing milk for the pups. They have been filling out and looking very roly-poly. Soon they will be prepared for adoption and all find responsible, loving homes, even Mama Hannah. When you sponsor the nursery, you are saving not only the precious lives of the mama cats and dogs, but those of their adorable babies as well.

Pregnant, homeless animals – and the babies they have – are special-needs pets to us! Overcrowded, municipal shelters don’t often have resources to care for these furry families, much less get them ready for adoption which includes vaccinations, spaying and neutering. Here are some recent residents of The Sponsorship Nursery:

One-year-old Maize arrived from one of our shelter partners in Tennessee with her six 3-week-old pups. Because Maize was in poor body condition, she needed time to recover before going up for adoption. The puppies were weaned and readied for their new homes.

Wide-eyed Igloo was rescued locally and came into The Nursery with her three new-born kittens. The young mother and kittens, when they were old enough, were all prepared to be adopted.

Tidbit was 2-years-old, pregnant with three kittens, and had an upper respiratory infection when she reached us via a shelter partner in Virginia. We got mom into tip-top condition so that she and her kittens could all be adopted.

Your monthly gift ensures that we will always get the medical care we need.
You can also choose to Give the Gift of Sponsorship to a loved one.