Freddie Needs Your Help to Heal His Broken Heart

To look at Freddie today, a robust, energetic teenager, you’d never know that he arrived on a Mobile Rescue Unit from Tennessee on the verge of collapse due to a congenital heart defect. He had to undergo surgery and rehabilitation for months. North Shore Animal League America saves the lives of homeless animals through rescue and also through our top notch medical care. 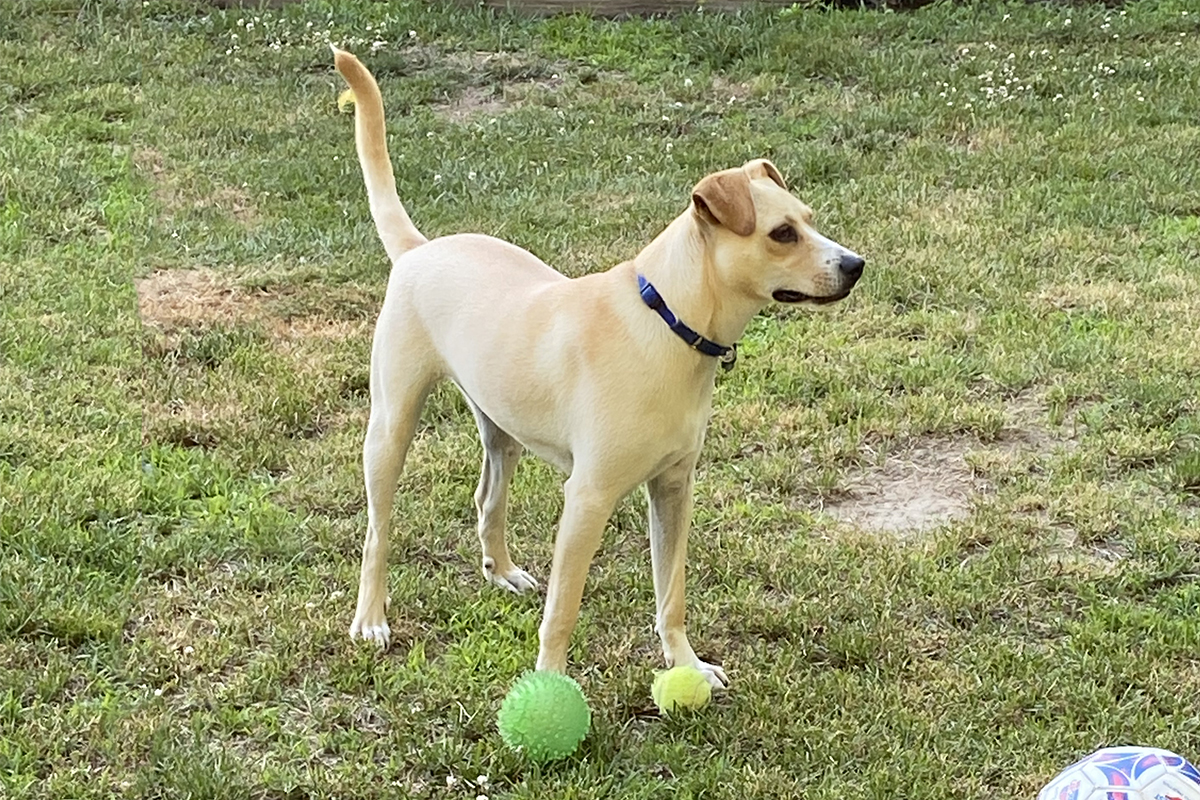 Paul Smith’s wife, Vicki, first noticed Freddie in a photo on our website. She thought he looked “so cute sitting proudly with his chest puffed out.” They had just lost their six-year-old dog, Buster, to cancer in March and were “lonely without a pet companion.”

So they came in to meet Freddie and found that he was friendly and playful. Just what they were looking for! It was explained to them that Freddie was sometimes shy with certain people and in certain situations and that he could be protective over his food. Paul and Vicki were offered the option to foster Freddie for a month to see how he would do with them in a home setting. 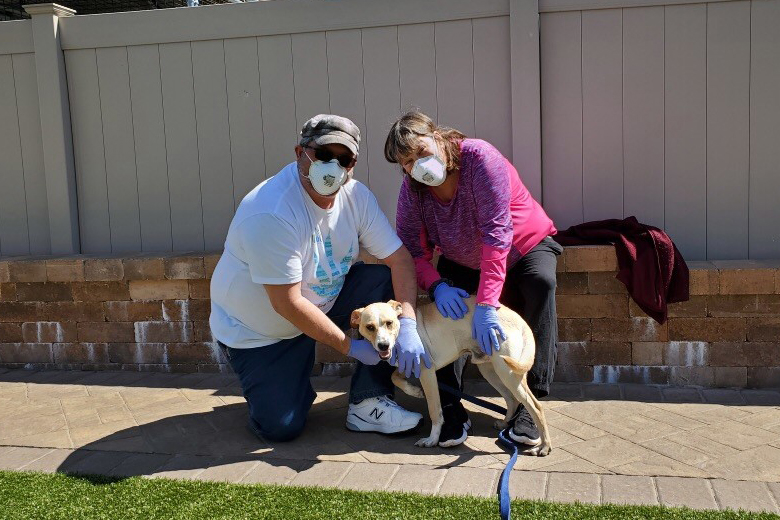 “Fostering went well. Freddie can be hesitant with new things, but he settled in,” said Paul. “He still has a few trust issues, but he knows that this is his home. He’s made so much progress and we’re so proud of him. He’s part of the family now.”

Freddie’s been officially adopted! The Smiths didn’t change his name as they liked it and he knew it already. Freddie just loves their huge, fenced-in yard and spends his days chasing birds and playing in the pool. As any teenager, he does get into trouble sometimes — in this case for digging holes and messing up the flower beds.

“Freddie’s doing well when we have company over the house. We hope to enjoy many years and memories with him,” stated Paul. “We can’t wait until he sees his first snowfall here.” 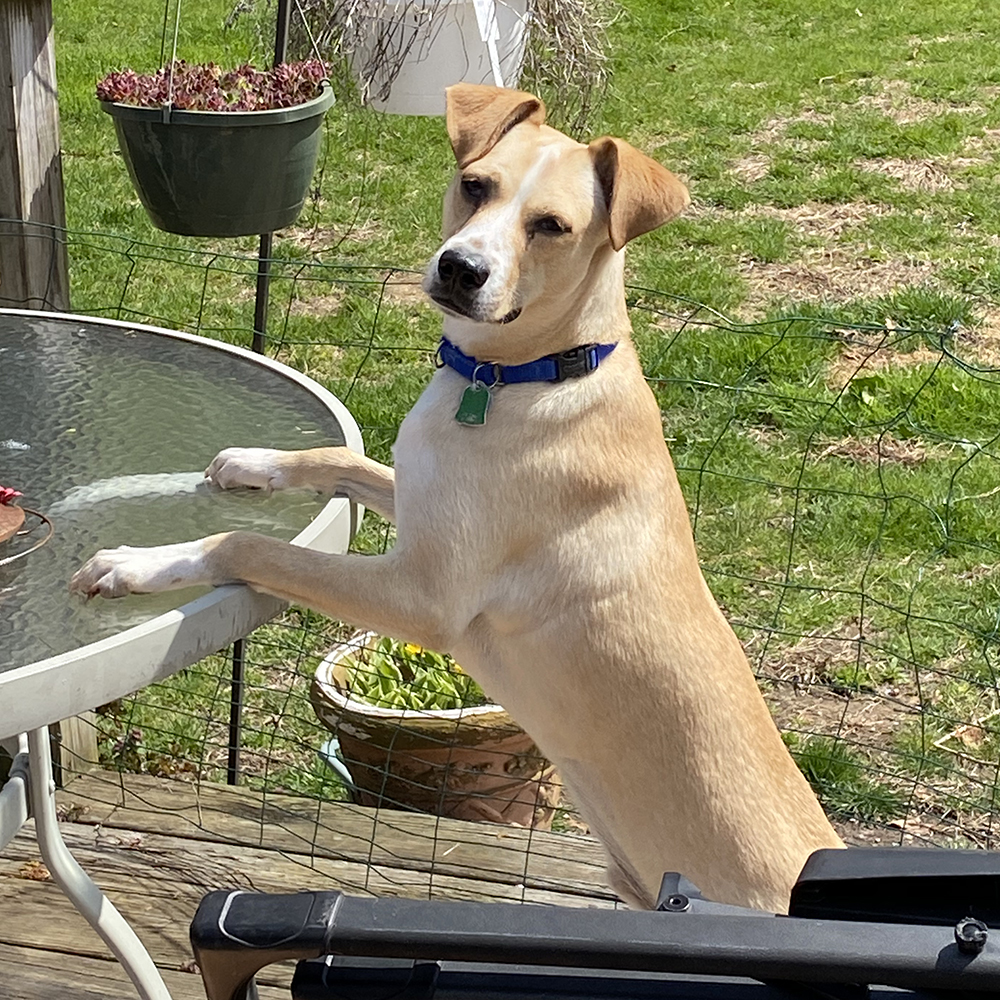 Freddie is now raring to go anywhere and do anything just like a healthy, curious pup. His Patent Ductus Arteriosus (PDA) surgery was a success. A surgeon was able to open his chest, tie off the blood vessel, and stop the mixing of oxygenated and non-oxygenated blood.

“The PDA appeared to be resolved after Freddie’s surgery a few months ago and a repeat echocardiogram has just confirmed a complete closure,” according to Dr. Mark Verdino, Senior Vice President and Chief of Veterinary Staff for our Pet Health Centers. “There is no heart murmur and his heart size is normal. Freddie has no restrictions at this point and is ready to go to a loving family and finally have a home of his own.” 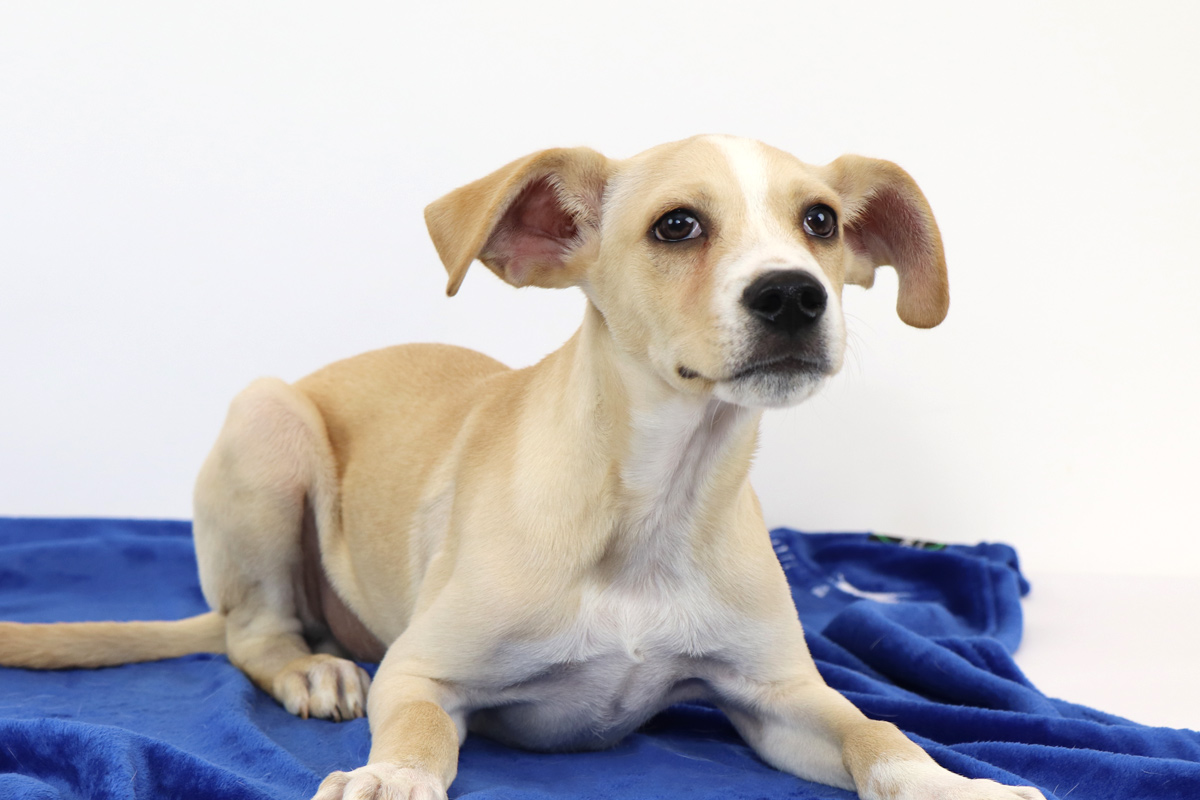 Freddie, a 12-week-old Hound/Labrador Retriever mix, arrived recently at North Shore Animal League America’s Port Washington, New York campus on a Mobile Rescue Unit from a shelter partner in Tennessee.  He looked just like the other puppies, but he was different…Freddie was lucky to be alive. 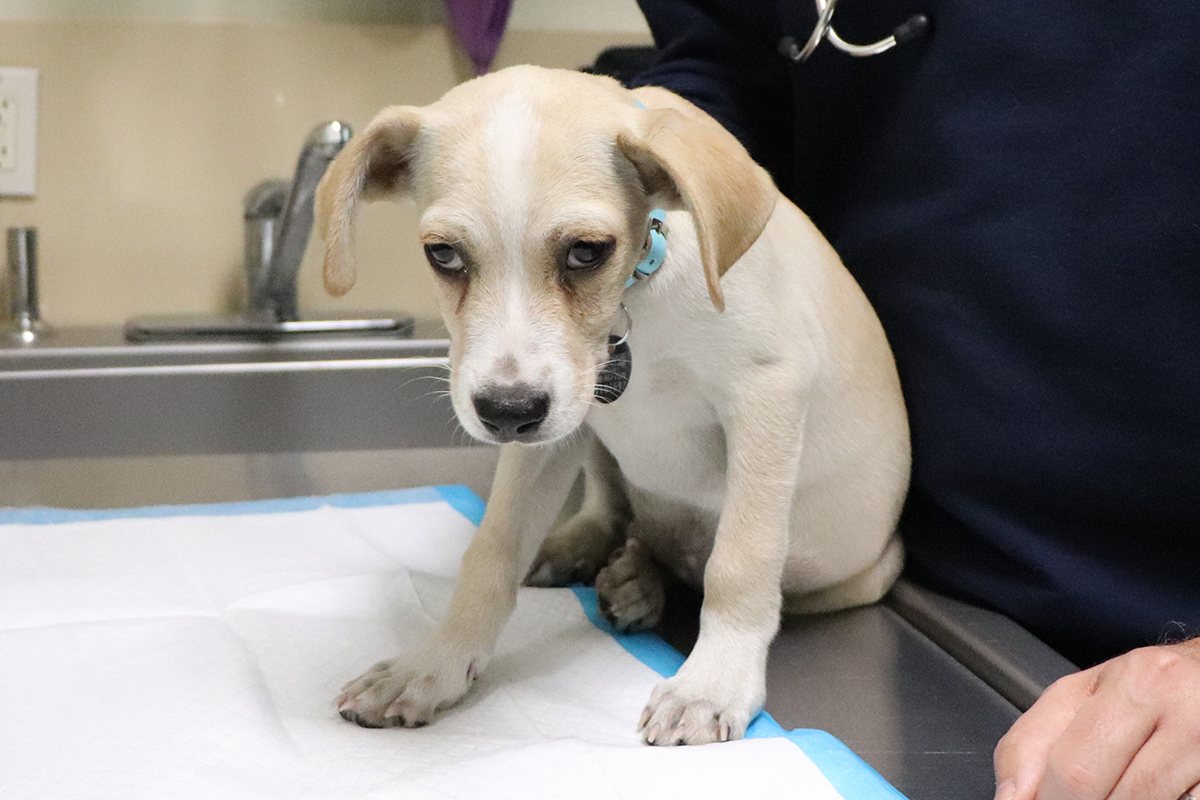 “As soon as we touched little Freddie, we could feel the vibrations in his chest,” said Dr. Verdino, Senior Vice President and Chief of Veterinary Staff.  “He has a very, very substantial heart murmur—a grade of six and that’s as loud as it gets.  We had a cardiologist do an echocardiogram and he was diagnosed with a Patent Ductus Arteriosus (PDA).”

The ductus arteriosus is a short blood vessel that connects the aorta and the pulmonary artery when a puppy is still in its mother’s womb.  This vessel allows blood to bypass the lungs because the puppy is already receiving blood with oxygen from its mother. When a puppy is born, this vessel should close up within a few days.

“Freddie’s ductus arteriosus vessel is still open now and non-oxygenated blood is shooting through this vessel into the side of the vascular system that should be oxygenated,” said Dr. Verdino.  “Normally puppies can tolerate this pretty well when they are very little, but as they grow it gets worse and worse.  They will eventually go into left-sided heart failure.” 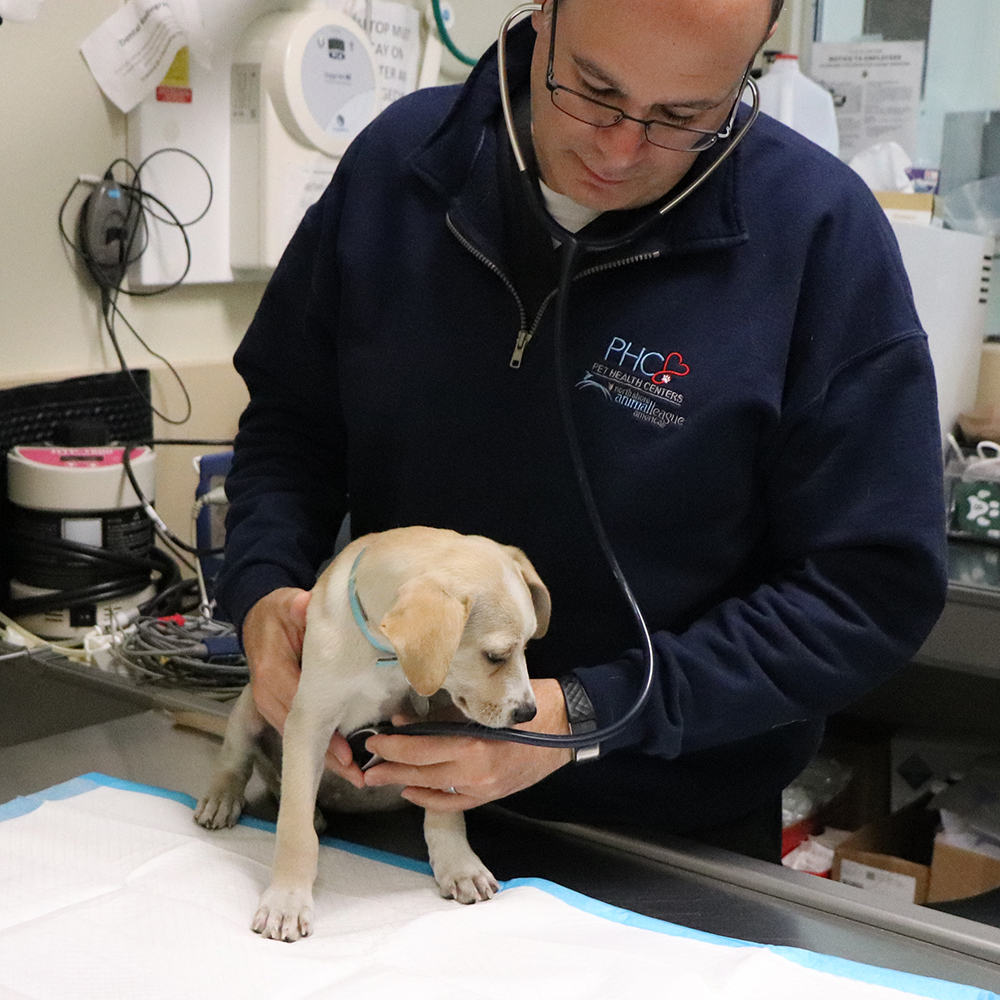 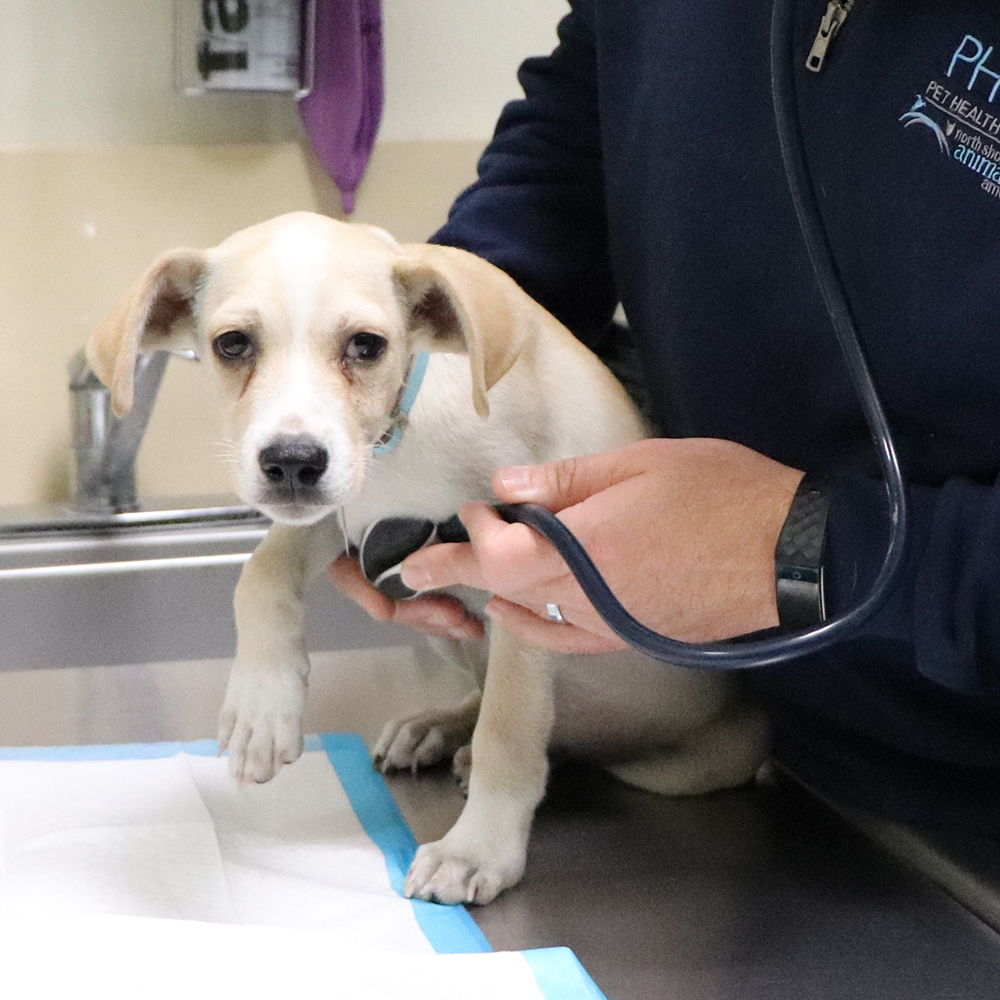 Donate today to give sick and injured animals the urgent medical attention they need to survive.

Freddie needs lifesaving surgery as soon as possible.  The cardiologist said that the opening in the arteriosus vessel is still so large that he will need a surgeon to go into his chest and manually tie off the vessel to stop the blood flowing through it.  For right now, he has been put on several cardiac medications to get his heart working a little bit better and more efficiently.

If the surgery is successful, the prognosis afterwards is very good and usually any changes seen in the heart will reverse.  Right now, we have to keep a close eye on him because he can’t run and play like the other puppies as he won’t be able to breathe properly.

Your donation today to our Help Me Heal Program will help Freddie, and countless other animals in need of urgent medical attention, get the lifesaving care he needs and compassion he deserves.

Will you help Freddie be able to run and play? 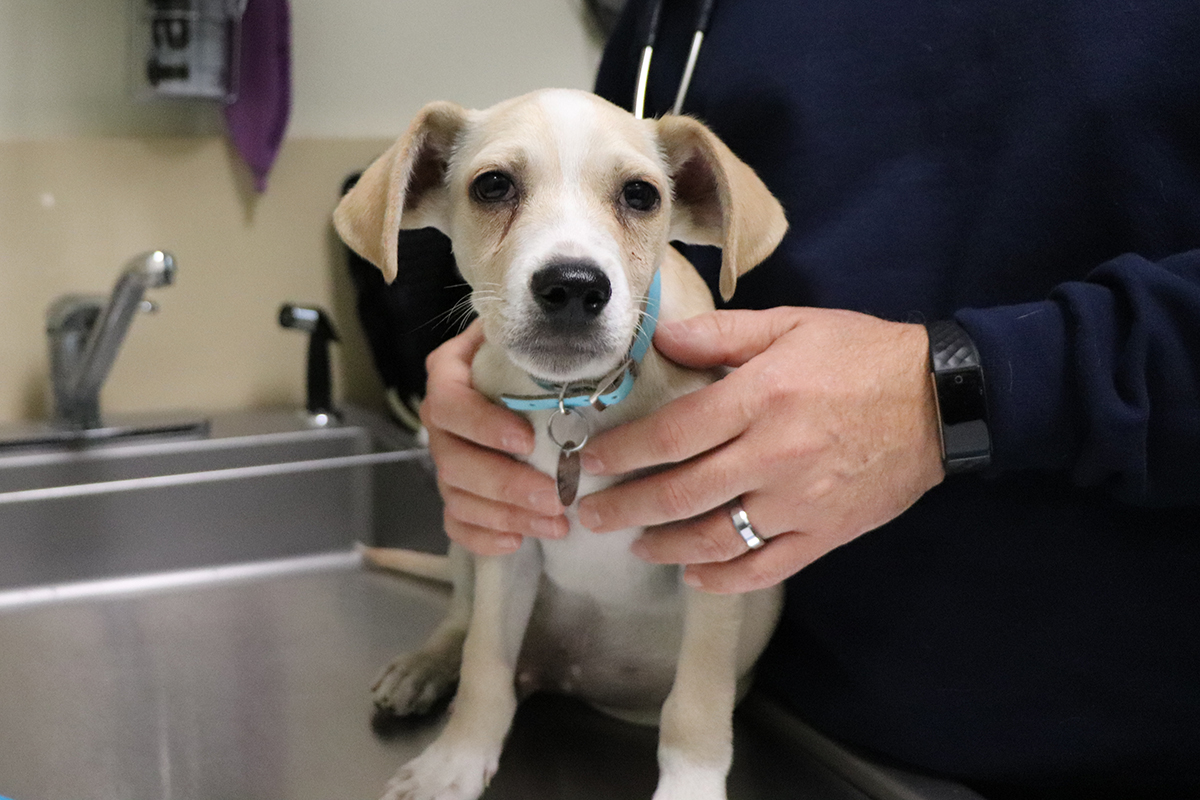