Young Chihuahua Mix Looks to You for Help

For an animal in need of urgent medical care, the journey to a safe haven can be a scary one. For Linguini, an adorable young Chihuahua mix, this was his journey at just eight weeks old when he was rescued and brought back to the safety of our no-kill campus.

Upon his arrival at our Alex Lewyt Veterinary Medical Center our staff noticed the fragile puppy was not only very young and understandably scared, but he had multiple congenital deformities to his face and mouth. Animal League America Senior Vice President and Chief of Veterinary Staff, Dr. Mark Verdino said Linguini’s birth defects were causing the fragile pup to have a multitude of issues, especially while eating and drinking, that could create a potentially life-threatening situation. 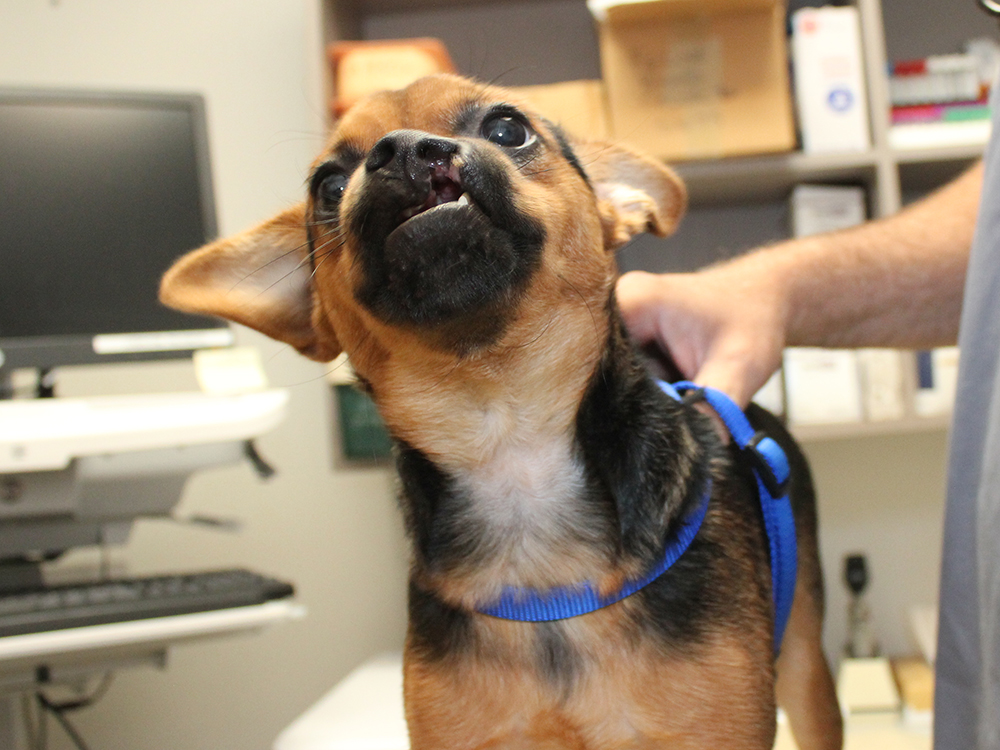 “Linguini was born with a cleft palate and a cleft lip. A cleft palate means there’s a hole in the roof of his mouth that connects the oral cavity to the nasal cavity,” said Dr. Verdino. “The problem with this condition is that it results in food, water, and anything else that goes into his mouth going up his nose, which can cause infections and aspirations. If he does inhale fluids and food he could ultimately end up with respiratory disease or pneumonia.”

Your donation today can help Linguini and other sick, injured, and neglected animals get the lifesaving care they need – and the compassion they deserve.

Doctor Verdino said the little pup, now eight months old, will soon undergo multiple delicate surgeries to repair his lip and palate. He said he and his team decided it was best for Linguini to mature and grow to his full size before putting him under anesthesia, so he was placed in our Foster Care Program with one of the veterinary assistants who works in the medical center for the last six months. There the otherwise rambunctious pup, full of life and vigor, was able to enjoy a somewhat normal life with a foster family who loved him unconditionally, while his little body grew strong enough to handle surgery.

“Because of the location and severity of the defects, as well as his fairly severe underbite, some of his teeth will need to be removed to allow for the defect to be repaired.” said Dr. Verdino. “Overall his prognosis is good, but it will more than likely require multiple procedures to get him where we want him to be. He’s such a happy, playful dog that we just want him to have a good quality of life since he’s got a long life ahead of him.” 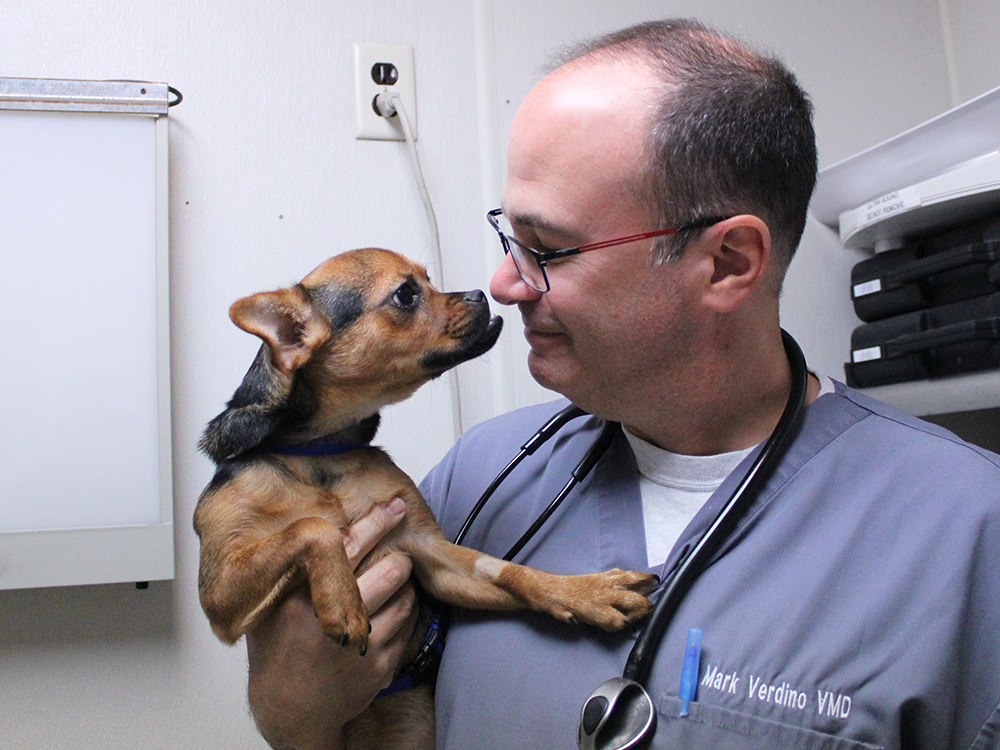 As a member of our Help Me Heal Program, Linguini will receive excellent medical care and the opportunity to recover from his surgeries in the home of one of our compassionate foster families. Without the generous support of our donors, he and other sick and injured animals just like him wouldn’t have the chance to live out their lives with loving adopters who cherish them. Please support this vital program and help give Linguini, and other precious animals, a brighter, healthier future.

Linguini is recovering nicely from multiple surgeries on face and mouth in the care of trusted Animal League America foster parent Deana Merino. The spunky pup has been living in the home of Deana, a licensed veterinary technician inside our Alex Lewyt Veterinary Medical Center, her husband, and their three other pets. Deana said Linguini, who has been with her family for about five months, has not only made a seamless transition into the family, but his resilient spirit has brought a new energy to the home. 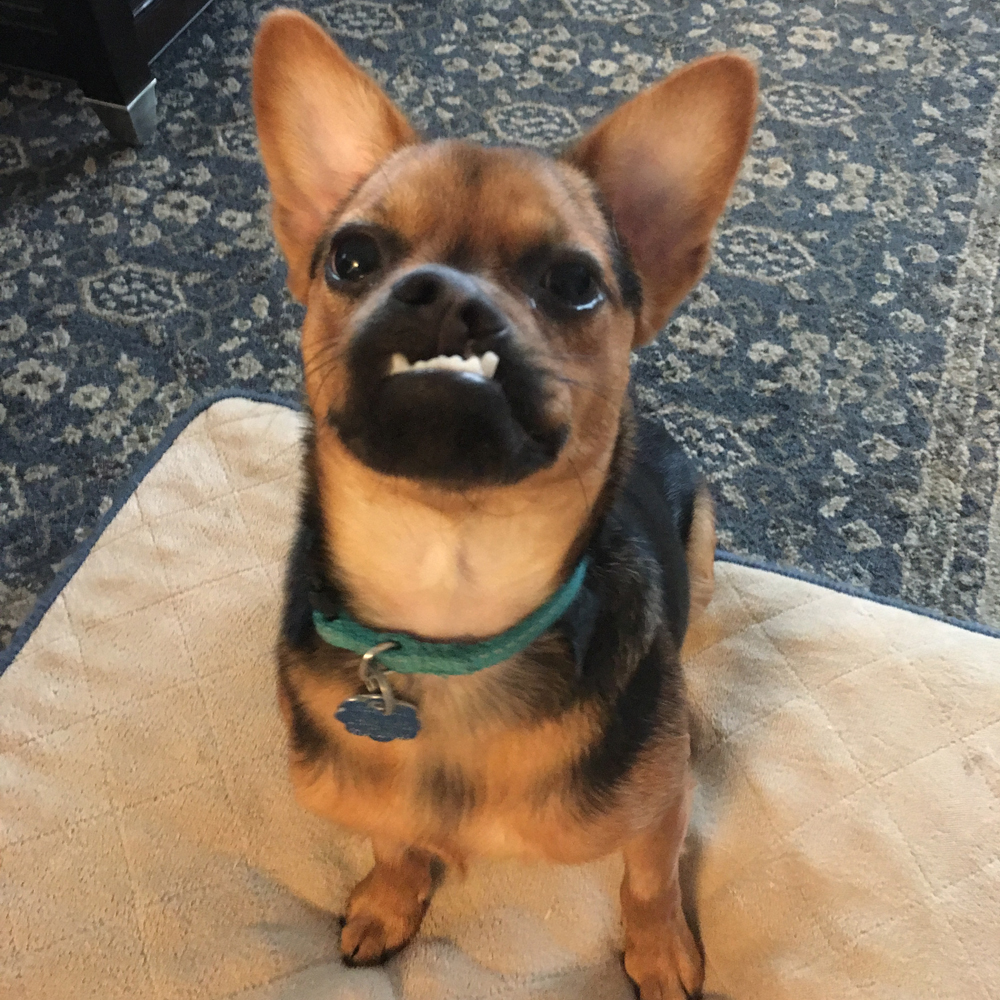 “He’s just doing so well with everything he’s been through. He’s friendly, super energetic, loves other animals, and is always looking to play and run. He can go non-stop for hours! You’d never know he had to overcome so many procedures and trips to the doctor,” she said. “We still have to only feed him soft food and make sure he’s not chewing on anything hard because we don’t want the hole in his palate re-opening, but overall he’s doing really well. We’ve been working on housetraining him and socializing him with our other two dogs and the cat. He certainly has a favorite buddy though.”

The buddy Deana is referring to is former Help Me Heal pet, Chase. If you recall, the handsome Shepherd/Boxer mix came to us in need of corrective surgery on one of his hind legs after suffering a serious injury during a car accident. Completely healed, Deana says Chase now acts as a “therapy dog” for the animals she brings into the house. His warm personality and friendly demeanor make him the perfect foster brother, especially for Linguini who loves to play and spend time with other animals. 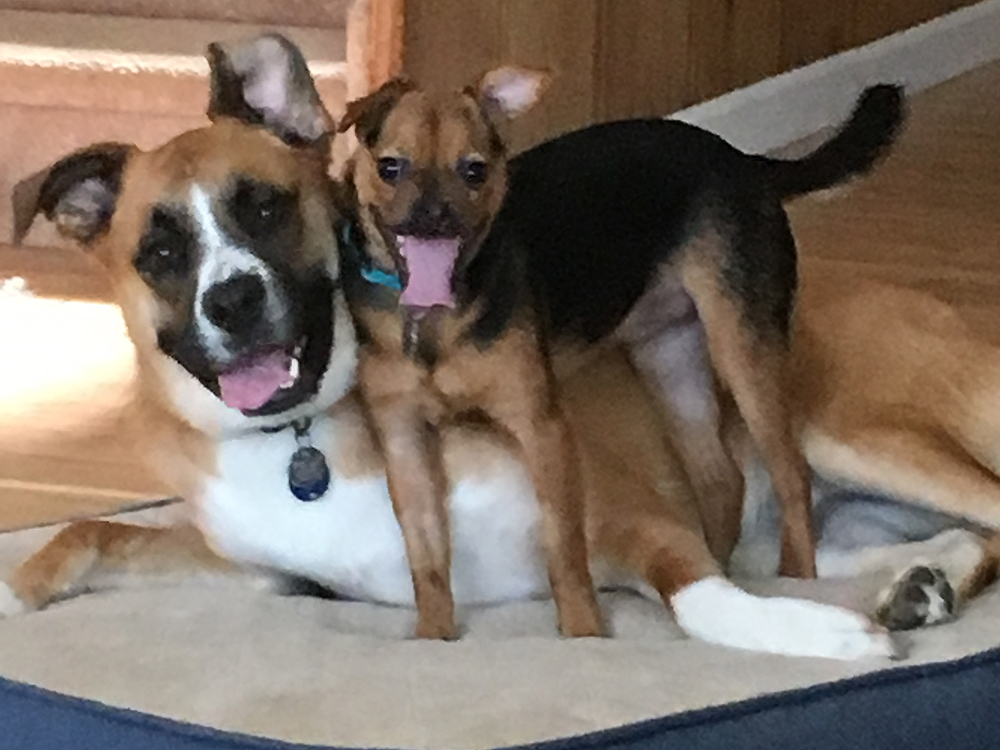 “Chase treats Linguini like his little pup, always makes sure he’s doing the right thing. The two of them have become the best of friends,” Deana said. “With Chase’s help Linguini is learning the ropes of being in a house and living with other animals. This will be a big help for him when he’s ready to go up for adoption.”