It’s clear that Riley, the newly adopted dog of longtime North Shore Animal League America donor Andrew Williams, is now living the good life. And not just because he is named after a classic British car. While we spoke to Andrew about his commitment to animal rescue, Riley ran and explored a nature trail off leash, getting lots of fresh air and making new friends. 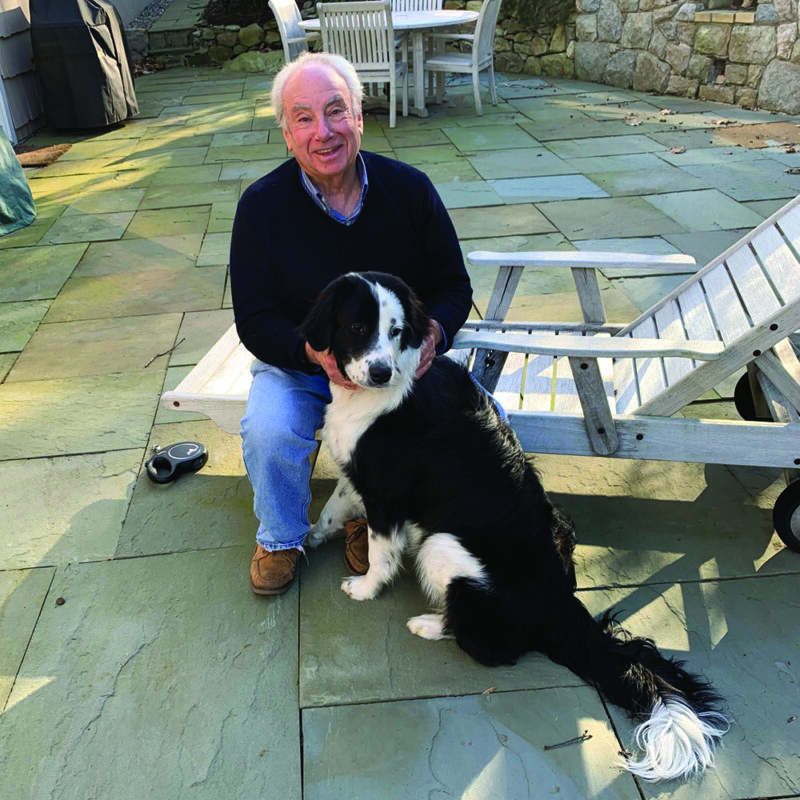 Growing up in Sands Point, NY, Andrew always knew the joy of having a four-legged family member. Then in 1969, he and his mom brought home their first dog from Animal League America, Barney. Apparently Barney may have had some Retriever lineage, as he had a habit of collecting newspapers from the doorsteps of all their neighbors! It marked the start of Andrew’s awareness about all the wonderful animals to be found at Animal League America.

“I don’t know why anyone would go to a breeder or a pet store. There are so many incredible animals of all breeds waiting to be adopted.” Andrew told us, “Riley’s the fourth dog that I’ve gotten from Animal League America. He’s been such a good boy.” After so many years spent with a canine companion, Andrew can’t imagine his life without a dog. “Pets are so good for our mental and physical health,” he says. “You can’t be around them for very long without seeing them do something that makes you laugh. And I walk two miles a day with Riley, which is not something I would do on my own.”

Animal League America’s no-kill commitment was significant to Andrew when deciding to provide charitable support. And he acknowledged that other organizations don’t operate at the same level. “Animal League America is not only the largest animal rescue and adoption shelter I know of, but they do so much more than house the animals,” he noted. “The dedication there is amazing
and I know that my money will be used responsibly.”

Thanks to Andrew and all of our incredible supporters, dogs like Riley can go from homeless to having acres of backyard to zoom around. Riley certainly seems to know he has it made!