Aboard one of the climate controlled Mobile Rescue Unit that arrived at North Shore Animal League America’s Port Washington, N.Y. campus last month were 62 dogs and puppies relinquished by several commercial breeding facilities in various parts of the country. In a collaborative rescue effort with National Mill Dog Rescue™ we were able to free these animals from lives of overbreeding and inhumanity and provide the promise of a better tomorrow. 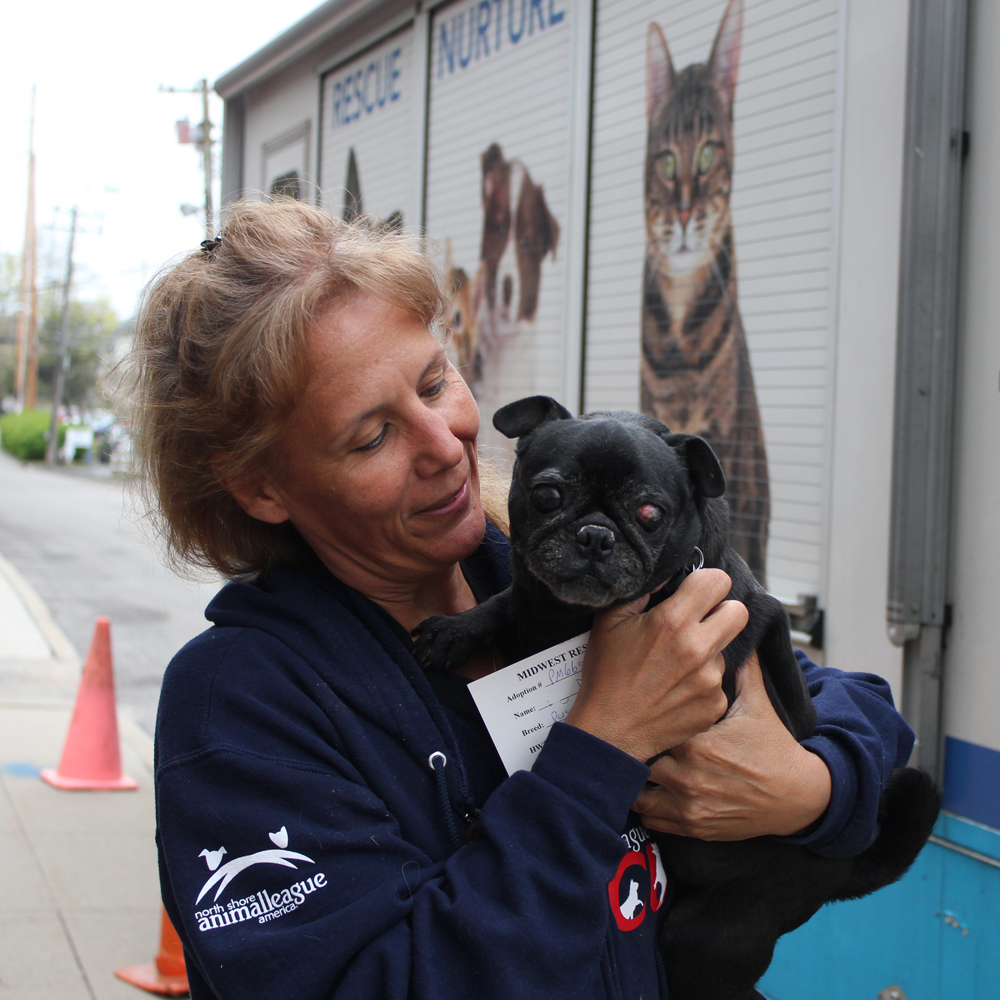 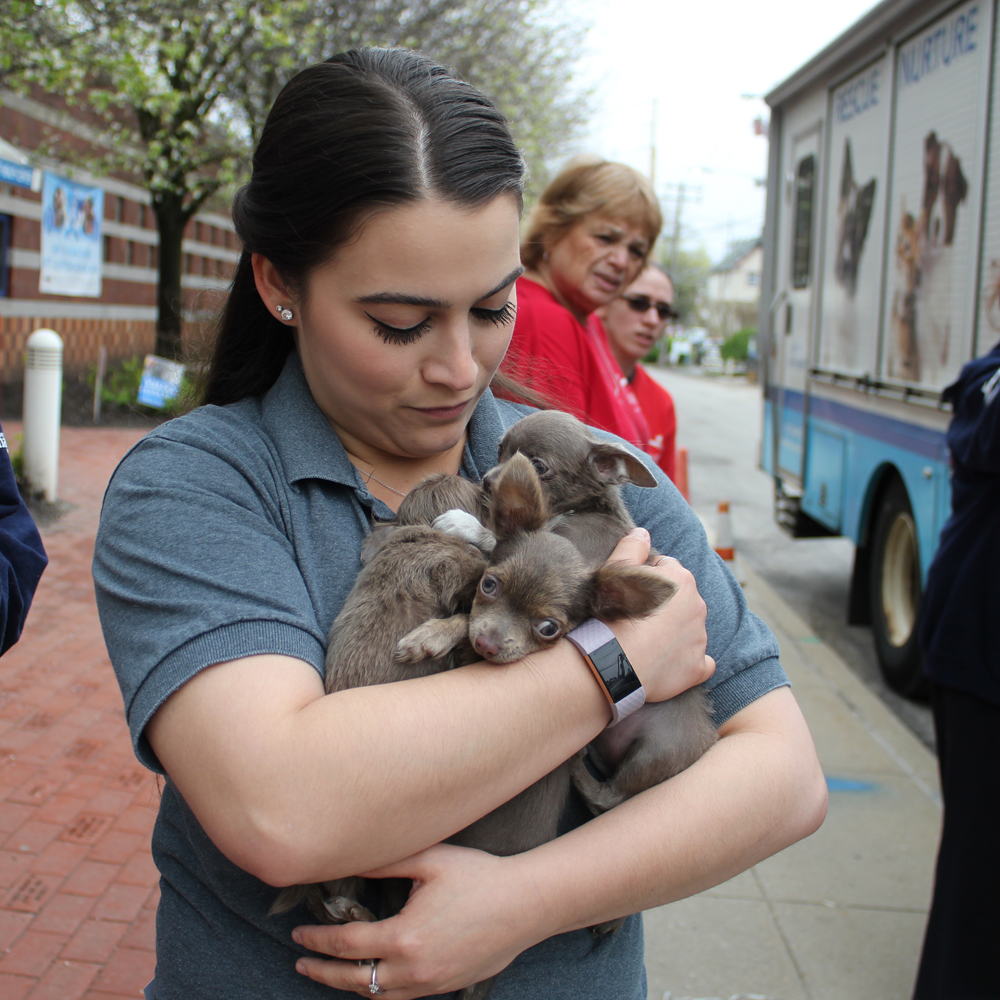 One of the animals on the transport was an adorable 5-year-old Bulldog named Suki. A social butterfly from the moment she arrived, Suki immediately stole the hearts of everyone she met, but behind her squishy jowls and sincere eyes was a nagging pain that wasn’t immediately noticed. It wasn’t until her entrance examination that the doctors inside our Alex Lewyt Veterinary Medical Center discovered this adorable girl was suffering from a painful condition called entropion – a genetic condition in which a portion of the eyelid is inverted or folded inward causing eyelashes or hairs to irritate and scratch the surface of the eye.

“Suki was most likely born with this eye condition and has been dealing with it for most, if not all, of her life. It certainly can be acquired if there are long standing, untreated chronic conjunctivitis, but it’s likely this was a genetic disorder,” said Animal League America Veterinarian, Dr. Gerard Laheney. “Either way, this issue was something that was always very fixable, but obviously she wasn’t receiving the type of medical attention she should have been in the commercial breeding facility. However you slice it, Suki’s been living a life of pain and discomfort.”

Doctor Laheney said there are a few ways corrective surgery can be performed to help ease Suki’s pain, but it’s likely the surgery team will utilize a method called “eye tacking.” This procedure requires surgeons to place sutures in the eyes to roll back the lids. The hope is that within a couple of weeks when the sutures are carefully removed and the area treated with antibiotic ointment, Suki’s eyelids remain tacked into the correct place and void of any infection.

The Effects of a Century of Irresponsible Breeding Practices

Although not highly uncommon in Bulldogs, Suki’s condition brings to light an even bigger issue regarding irresponsible breeding practices of many “purebreds” or “pedigrees.” Over the last 100 years the Bulldog has gone from one of the healthiest, most athletic breeds of canine to a Franken-dog of sorts – chronic respiratory problems, debilitating joint issues, and severe eye ailments are just a few of the hardships most of these dogs have suffered through due to this concerning trend. 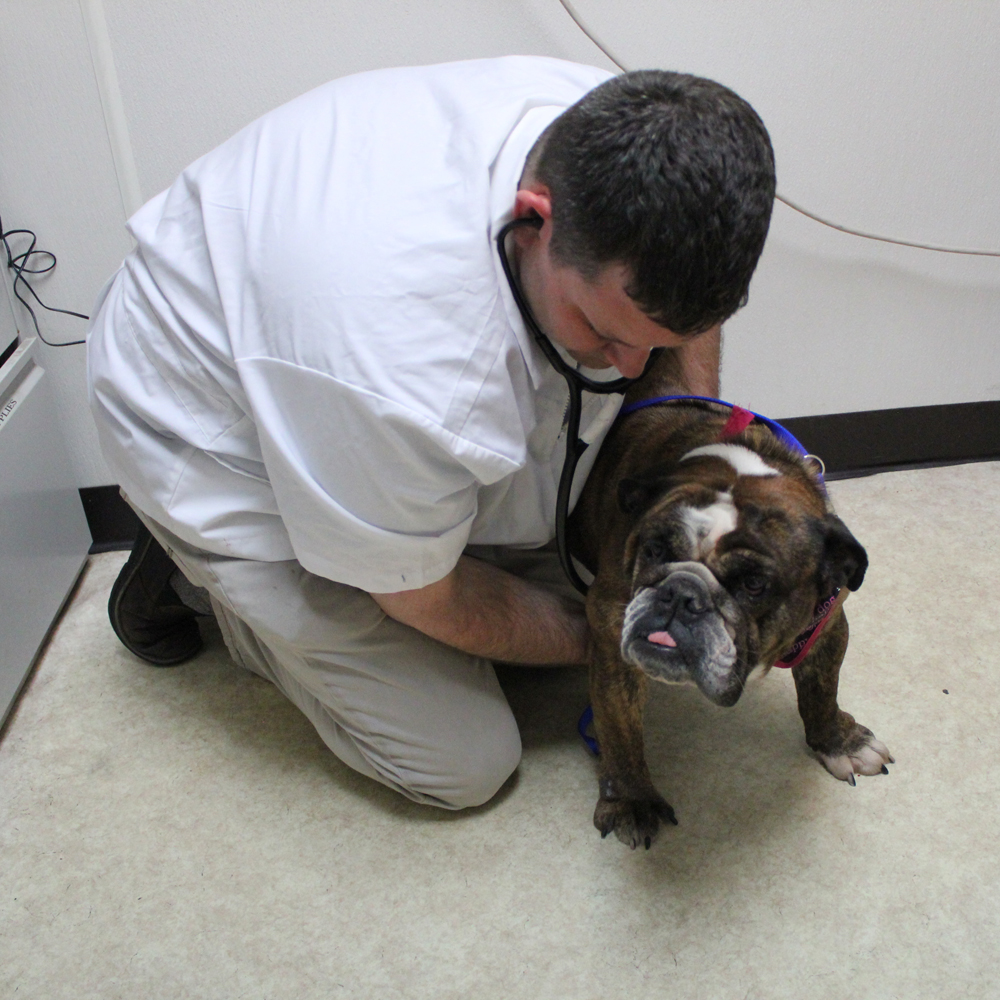 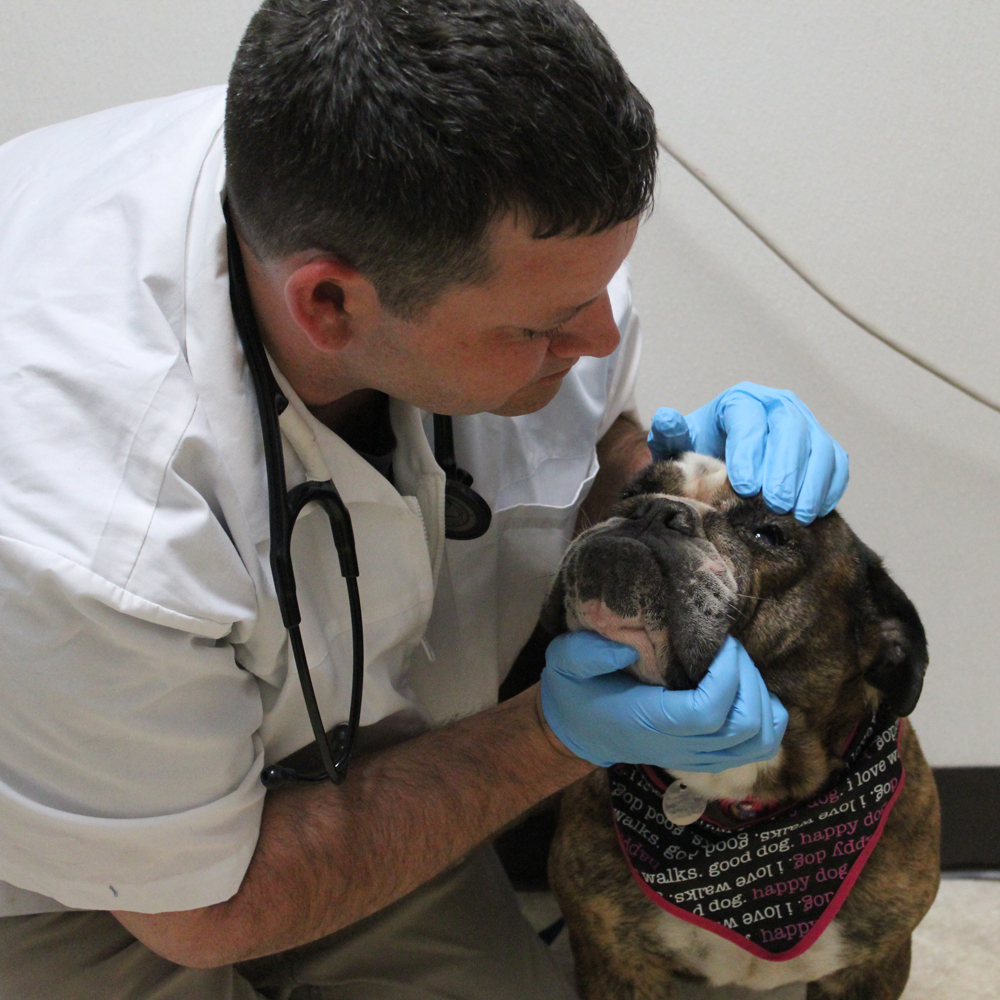 Even with the ever growing concerns about their health due to grossly manipulated physical features of the breed, the popularity of this loveably stocky dog continues to soar, which in turn, has created a high demand for these animals at commercial breeding facilities. Although we can’t reverse a century of human selfishness, Animal League America has made it a priority to provide better lives for these loveable creatures whenever possible. 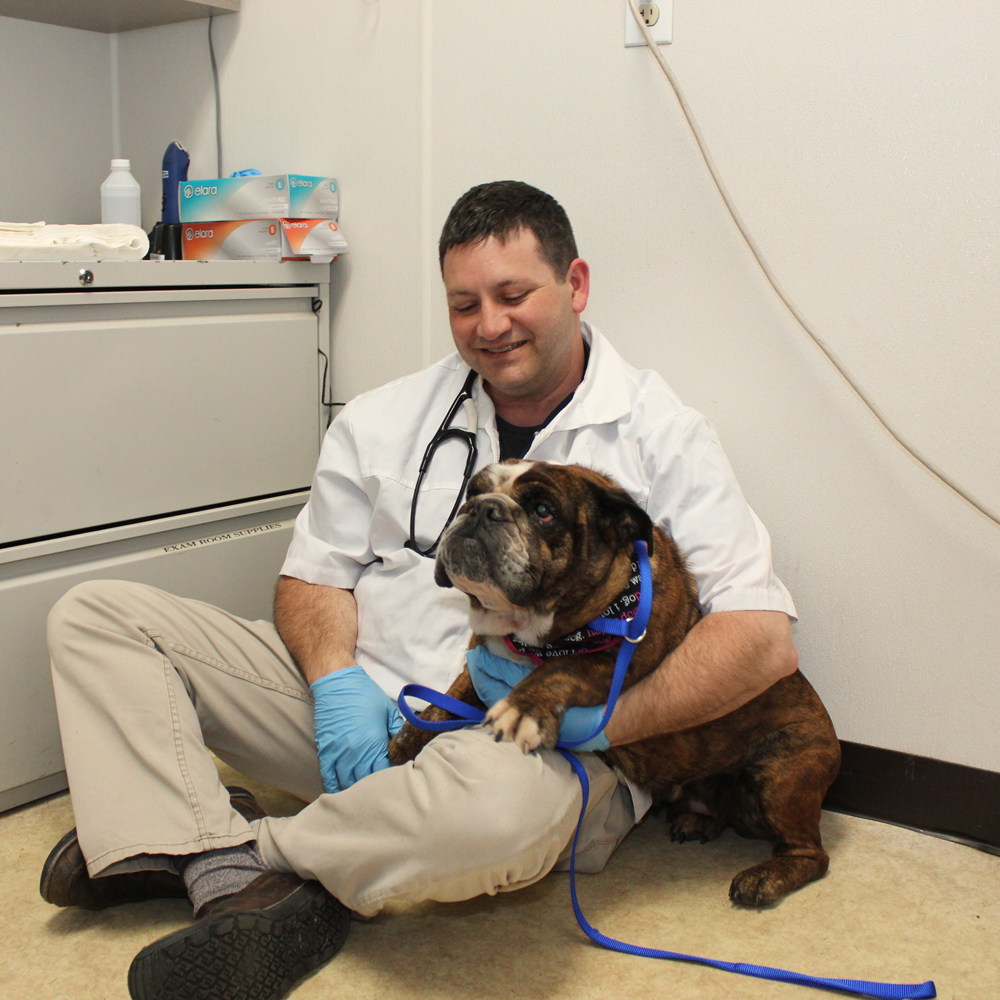 “Unfortunately breeders have selected Bulldogs for the wrong traits. The pushed in face, which produces more wrinkles, the shorter, much stockier body frame, the severe underbite, all of these things are a result of traits that humans have manipulated,” said Dr. Laheney. “Bulldogs and Shar Peis are the most overrepresented breeds when it comes to a lot of these inherent issues, and it all stems from irresponsible breeding. They aren’t worrying about the animals’ wellbeing, rather focusing on the traits people find attractive.”

As we do everything we can to ensure Suki and the rest of these deserving pups acclimate to their new surroundings, please help us with a donation today. Providing loving care for these brave pups means the world to them.

Thank you in advance for your help!

When Mr. Sneed arrived off the puppy mill transport along with 61 other dogs and puppies, it was apparent the Shiba Inu puppy was in desperate need of medical attention. With obvious abnormalities in both of his back knees causing him to have issues walking and even standing, the medical team inside our Alex Lewyt Veterinary Medical Center sprang into action.

An orthopedic examination and x-ray showed the 6-week-old pup had severe angular deformities in both legs, more specifically, medial patella luxations in both hind knees, which would require corrective surgery. He was sent to the Animal Medical Hospital in New York City where surgeons would surgically repair both knees at the same time. They decided that Mr. Sneed’s best chance at a full recovery would be to have both legs knees repaired at the same time in order to avoid having him to undergo the arduous processes twice.

“The range of motion in Mr. Sneed’s knees was very limited before his orthopedic procedure. The surgeons were able to deepen the grooves where the patella is supposed to sit, so that it can ride normally along the bones. They also released some of the tendons, which became very tight from misuse. This allowed him to undergo physical therapy and other range of motion exercises as soon the surgery was complete,” said Animal League America Veterinarian, Dr. Amanda Fischer.

After his surgery, Mr. Sneed recovered in the home of his foster mom, Christina Fex. She and her family followed the veterinarian prescribed four-week physical therapy program, and regularly massaged his knees to ensure the little guy stayed limber. As a member of our Foster Care Program, Mr. Sneed was able to enjoy the peace and comfort of a loving home while he recovered from surgery – a perk he most certainly took advantage of. 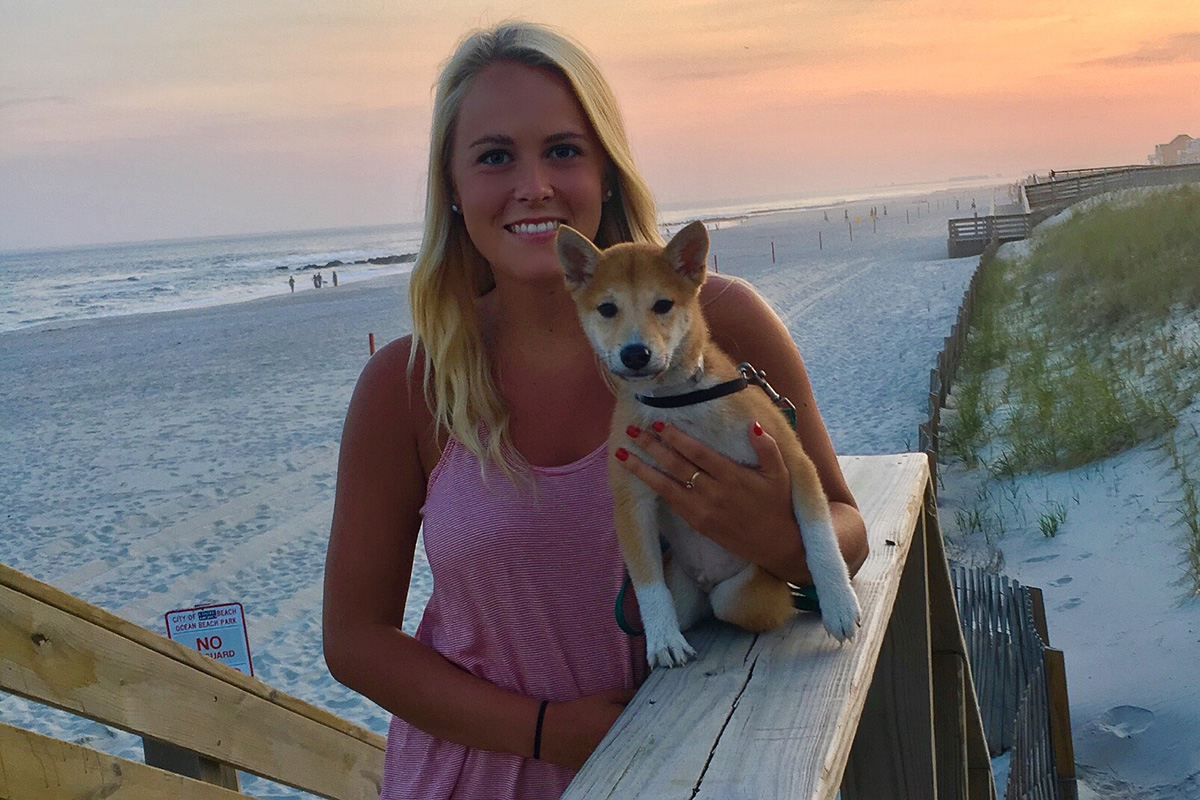 “I saw Mr. Sneed when he first arrived and he was barely able to bend his knees, let alone walk with any normalcy. Because his knees were so abnormal prior to surgery he still has a little bit of decreased muscle mass and needs more exercise, but he’s doing wonderfully,” said Dr. Fischer. “Mr. Sneed was lucky to have a great foster family who was there to help guide him every step of the way through the recovery process. He may always have an abnormal gait, but as long as he’s comfortable and happy, it shouldn’t be an issue.”

Today, Mr. Sneed is just one of the boys as he has found his happy ever after very close to home. This loveable young man was adopted by the aunt of his foster mom and now has 6 human brothers! Mr. Sneed has a lot to be thankful for, and your support makes it all happen. When you donate to our Rescue Fund you not only provide a safe haven, but also compassionate care and the opportunity for a lifetime of love for thousands or animals every year.