As the world’s largest no-kill rescue and adoption organization it’s not uncommon for our Rescue Department to receive calls and emails from neighboring shelters asking if we have the space and the resources to provide emergency care for a severely injured animal in our Pet Health Centers. For the last 74 years we have been able to answer the call more often than not because of the overwhelming support we receive from our generous donors from all parts of the world. 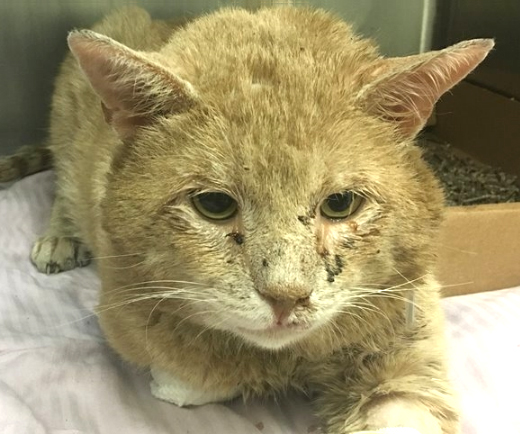 It’s with that steadfast support we are able to tackle difficult medical cases like Barry Allen, a 4-year-old orange tabby who had nowhere else to turn when he was rescued off the streets and brought to Animal Care Centers of New York City. It was apparent by his unkempt appearance, lacerations and scarring on his head and face, as well as symptoms of dehydration, that he was a stray in desperate need of human intervention. Upon further examination, it was also discovered he was suffering from a severely damaged front right paw that would likely have to be surgically removed to prevent further complications and ensure a high quality of life in the future.

Because of his dire need for specialized veterinary care, as well as a comfortable place to rest his tired body and heal from his traumatic experiences, Barry was transported to Animal League America’s Port Washington, N.Y. campus. Upon his arrival, he was examined by our Senior Vice President and Chief of Veterinary Staff, Dr. Mark Verdino, who realized immediately that Barry’s right front paw would not be able to be saved due to the gruesome extent of his injuries. 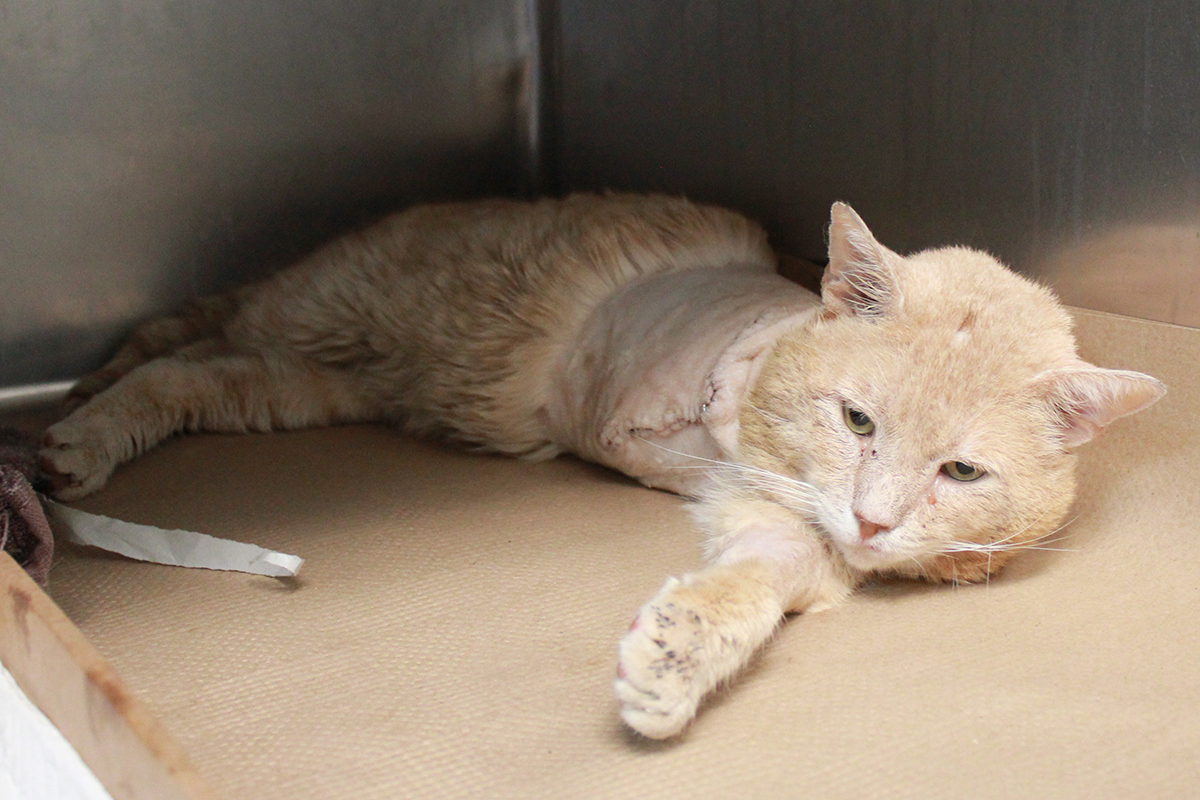 “Barry presented from ACC with a severe injury to his right front limb/paw. The wrist was dislocated and most of the supporting ligaments of the wrist were torn. The soft tissues around the area were necrotic,” he said. “It was determined that the damage to Barry’s limb was too severe for any repair effort, so the decision was made to amputate. The amputation was performed and Barry is recovering well.” 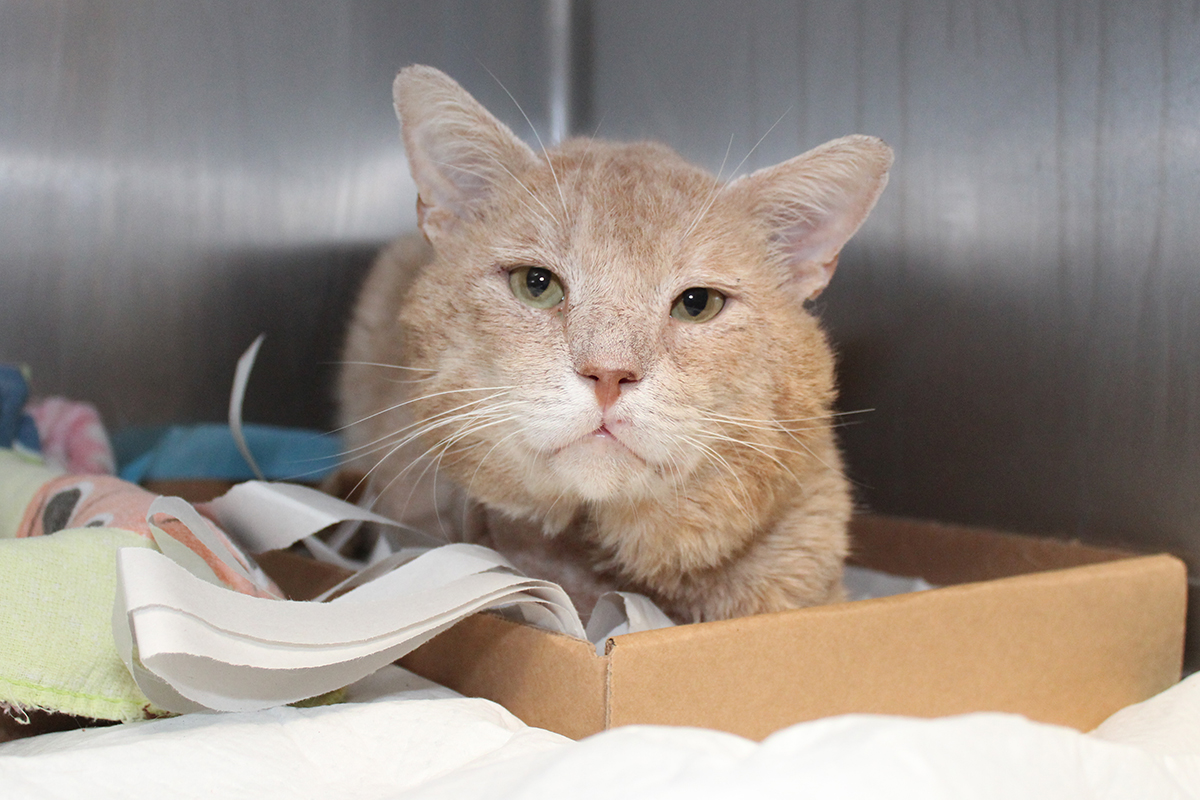 Your donation will help continue our rescue efforts to help bring homeless animals in need to the safety of our no-kill campus.

Now that Barry has undergone successful surgery, Dr. Verdino is confident that the little survivor is on his way to making a complete recovery. With time, Barry will adjust to life with three legs and hopefully one day find the responsible, loving home he truly deserves. As a cat who spent most of his life fending for himself on the streets of New York City – never knowing what it’s like to feel the warm embrace of an adoring human companion – Barry is well deserving of this once-in-a-lifetime chance. He hopes to join the more than 1 million dogs, cats, puppies, and kittens who have already been rescued from homelessness, nursed back to health, and eventually adopted into the perfect home.