A Long Journey to Find the Perfect Families

Klinger and Radar — the last of the four dogs rescued from a dog meat farm in Korea through North Shore Animal League America’s partnership with K9 Global Rescue — were adopted this year. Our Pet Behavior Team, having spent time helping them adjust to life in the U.S., was so happy and excited to see them go to their perfect homes.

Animal League America never rushes dogs into homes until our Pet Behavior Team feels they are ready — especially those like these international rescues who may have suffered trauma or been mistreated and neglected.

When all four of the Jindo mix dogs arrived from Korea, accompanied by Jon Barocas, Executive Director of K9 Global Rescue, they were exhausted from the long flight and all of the new sights and sounds. The dogs were brought together immediately so they could reassure each other and stretch their legs after their journey. 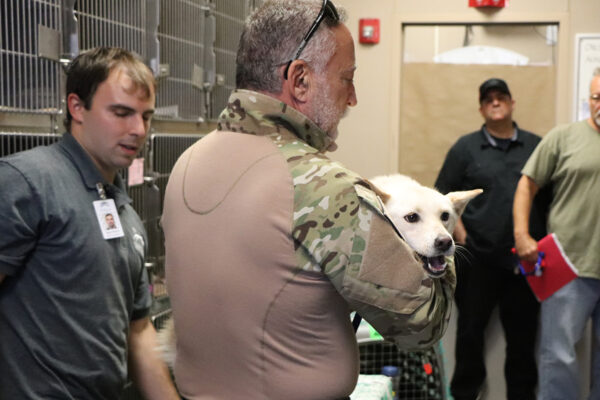 After a long journey to safety, a frightened Klinger is carried by Jon Barocas, Executive Director of K9 Global Rescue.

Klinger, the largest male, had to be taken from his airline crate and carried out to the fenced-in backyard of the Lewyt’s Ark on our Port Washington, N.Y. campus. Klinger immediately tucked himself away in a corner and didn’t want to interact with anyone. He was afraid and wary of people. Radar remained aloof and would back away from the hands with the treats.

The other two dogs, Mama, the older female, and Hawkeye, the smaller male, were more gregarious and began taking treats and allowing the staff to pet them. Amazingly, after living their lives on a Korean dog meat farm with no kindness or affection, they adjusted quickly and went home a few months later

The Akler family spotted Radar in the Adoption Center at Animal League America right away and they “instantly knew she was the one.” The staff explained about her difficult past being rescued from the terrible conditions of the farm. “This made us want her even more. She needed to have a great life and we wanted to give it to her,” said mom, Lori. 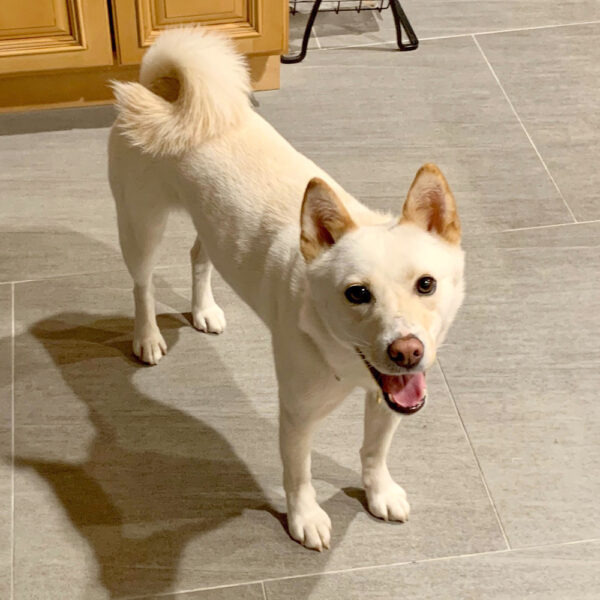 When Radar first went home she was scared and anxious and would startle at every sound and sudden movement. Once she formed a bond of love and trust with mom, Lori, life became much better for her. Over the next few weeks, she grew closer to the rest of the family — the girls and dad, Eyal. “When dad reaches out to pet her she sometimes snubs him and walks away slowly, but other times she bumps him and coaxes him to chase her and play. She prefers dad for playing and me and the girls for everything else,” exclaimed Lori.

Now, Radar loves belly rubs, car rides, and playing in the yard. “We’ve had her for about five months now and she’s come a long way. She is enjoying life and being the center of attention,” stated her mom. “We are so lucky and grateful. We love Radar, our pup, our girl, our sister, our angel.” 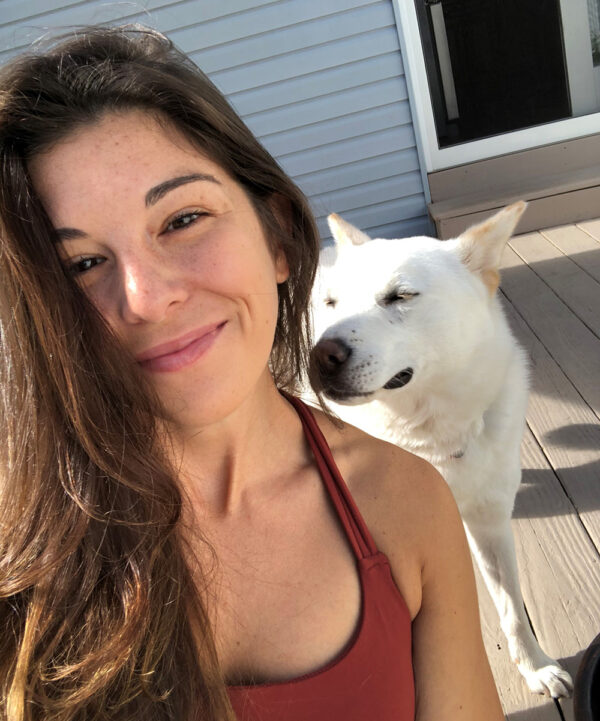 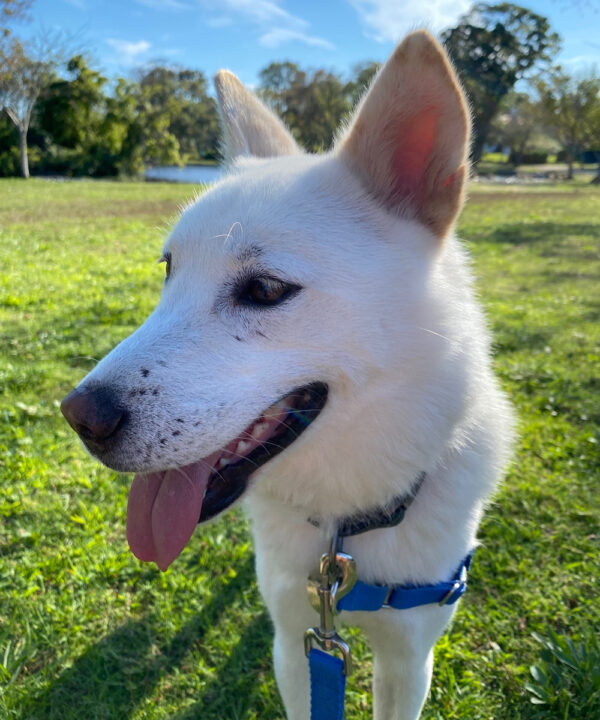 Klinger, now named Kilo, was recently adopted by Christine Cullen. She met him first at our campus and wanted to be the one to give him a loving home. Pet Behavior staff brought him to her house to help him with the transition and explain his set up and routine again. It was difficult at first because the change of place and people was scary for Kilo, but Christine just kept working with him. He lets mom Christine pet him and brush him, but is still shy about anyone else touching him.

Christine feels that Kilo has improved by “leaps and bounds” from when he first came home. He’s never had an accident in the house or been destructive in any way. “Kilo is doing phenomenal. He now has full run of the house, but still likes napping in his crate,” she said. “He’s playful, inquisitive, and has become so friendly when meeting new people and dogs.”

One of his favorite activities on the weekends is lying in the sun. “I want to thank everyone at Animal League America from the bottom of my heart,” exclaimed Christine. “I couldn’t have asked for a better four-legged best friend…I think that Kilo is a very happy boy.”