From Yulin, China to the United States: A New Chance at Life with a Loving Family

Angie and Frankie had escaped the horror of the Yulin Dog Meat Festival in China, where up to 10,000 dogs can be slaughtered and served up as meals. In 2018, they arrived here at the Port Washington, N.Y. campus of North Shore Animal League America. After undergoing any necessary medical treatment, they went up for adoption. Still frightened and unsure, they waited in the Adoption Center for dog-loving people to give them a chance at life as beloved pets. 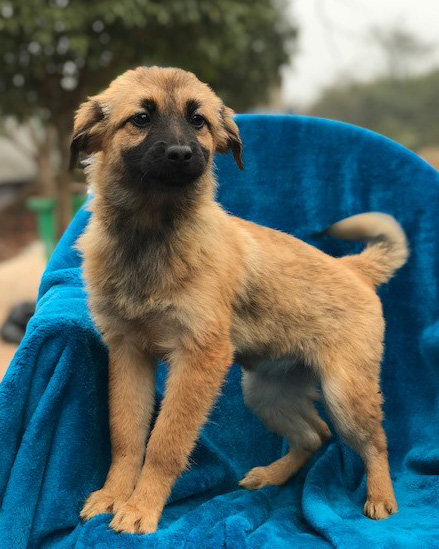 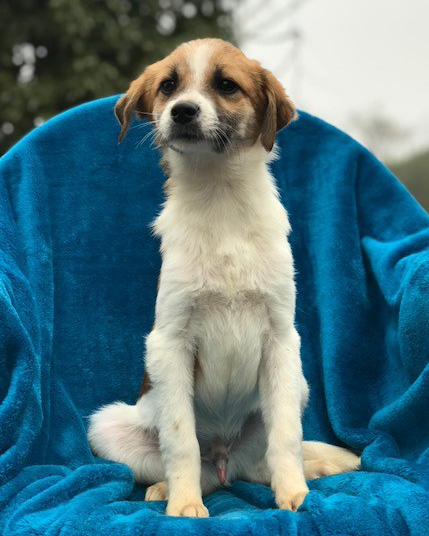 When one of their dogs passed away and the other seemed to be missing its company, Elizabeth and her family decided to take the trip from their Connecticut home to New York to adopt a dog at Animal League America. They had always admired the lifesaving work that our organization does. When they entered the Adoption Center, they saw two puppies huddled together and they seemed bonded. They were told that they were international rescues from Yulin, China. They both needed to go home to a socially appropriate, confident dog. Well, they already had a well-socialized Golden Retriever. It was a win-win situation.

When they held both Angie and Frankie in the Adoption Center, they were cuddly with Elizabeth, her husband, and their 13-year-old daughter. They were having a very hard time making a decision. So Elizabeth and her family found themselves adopting not one but two international rescue dogs in February, 2018.

“We couldn’t take one and not the other. We loved them from the beginning,” said Elizabeth. “They have calmed way down. They are doing a lot better. They used to just shake and shake.” 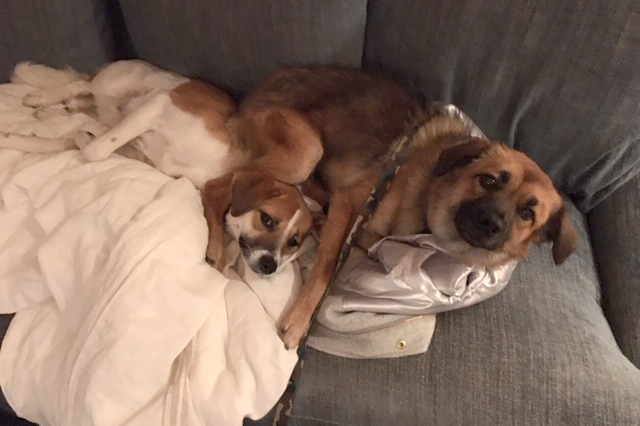 Frankie and Angie, home at last

Angie and Frankie, both now 1.5 years old, go once a week for a socialization session and twice a week for play groups at a local dog center. They are still very sound sensitive, for example, leaf blowers upset them. These types of sounds seem to activate their startle reflex. They do better in the country where it’s quieter. Housebreaking has been an ongoing issue. Elizabeth refers to Angie as a “Houdini” because she can get out of a crate if there is only one latch.

“The rehabilitation of rescues like these takes a lot of devotion, but we are total suckers for dogs. We love them and we’re just fine,” laughed Elizabeth. “The morning routine is up early, downstairs for a coffee, and go outside in the backyard. But we have to watch Angie because she can jump a seven-foot fence and both of them are very fast. They do really well at dog parks with other dogs.” 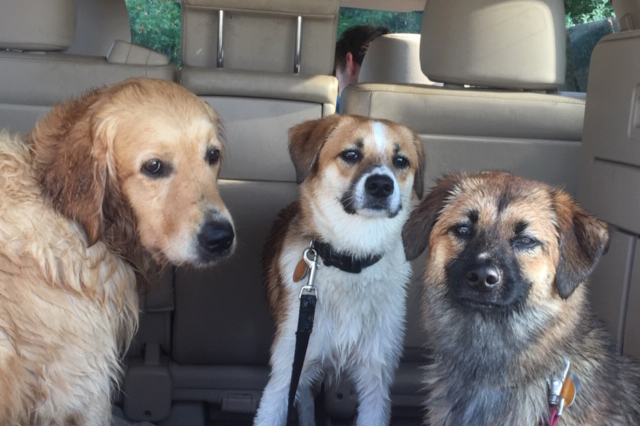 Frankie and Angie with their new brother Linus

Frankie now smiles and Angie jumps up on laps. They will come when a family member calls them. “These dogs taught us about empathy. We watched how they settled down and got used to everything,” Elizabeth said quietly. “We watched how they treat other dogs and people. It makes you think about how you treat others.”

This year the Yulin Dog Meat Festival is June 21 – June 30.
You can still sign the petition to help end this senseless slaughter of dogs in China. 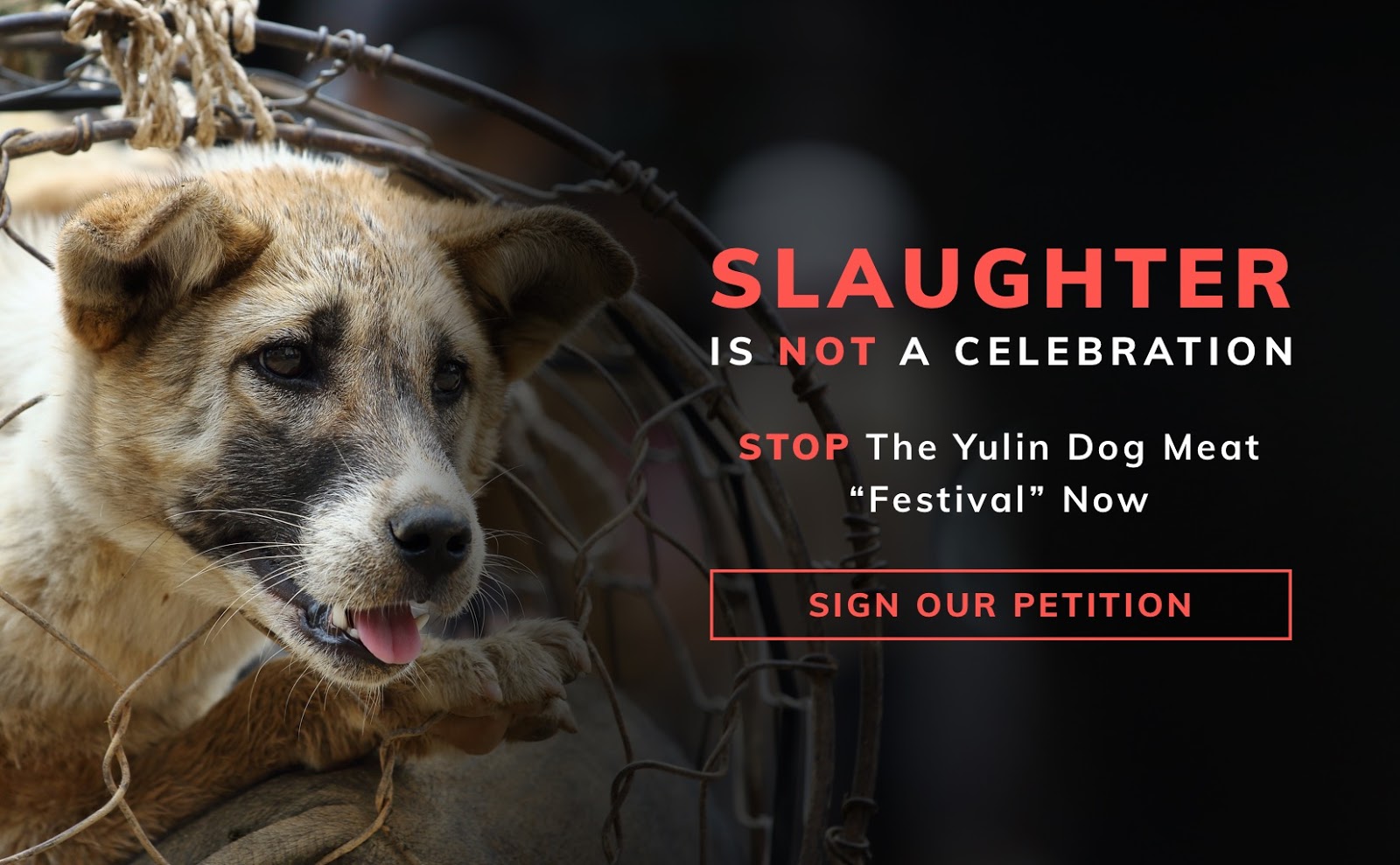