Seeing Firsthand the Power of Giving

Last September, on the spur of the moment, David and Linda Kaltenbach decided to take a road trip. But it wasn’t just any road trip. It was a journey with a personally meaningful, lifesaving destination. 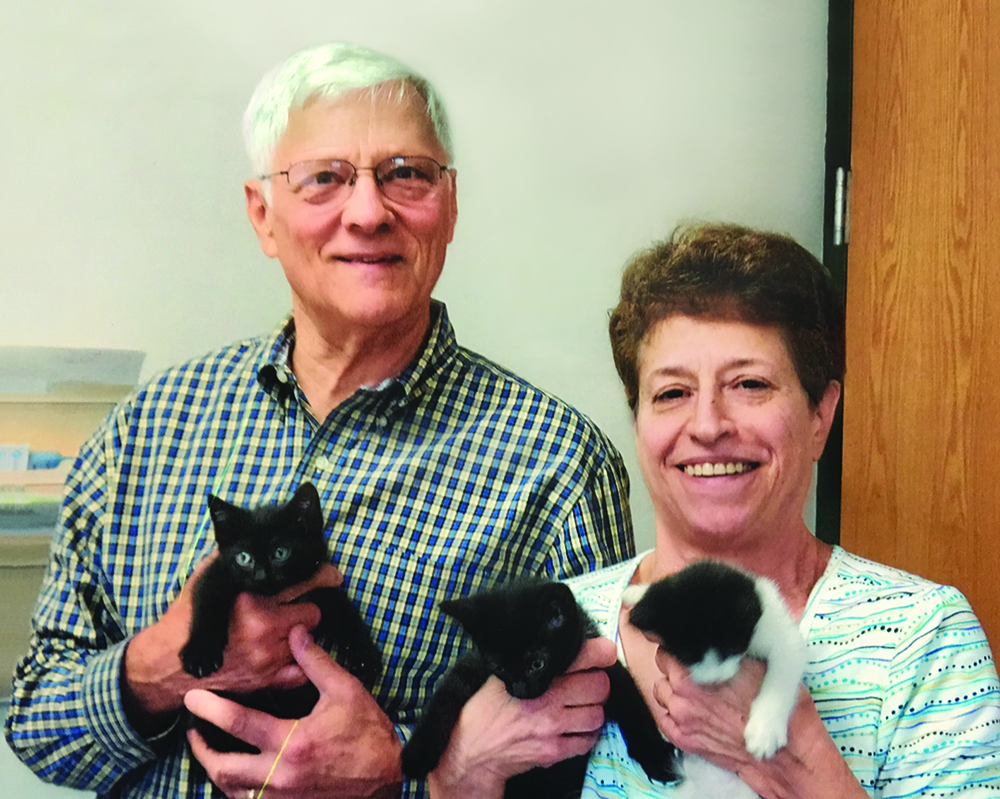 The couple, who live in Oberlin, Ohio, drove more than eight hours and 500 miles to visit North Shore Animal League America. Even though they were familiar with our no-kill mission, had supported our programs, and had even made a point of stopping by one of our Ohio Tour For Life® sites last spring, they wanted to know more. And so a few months later they made their own “tour for life” and headed east to see for themselves what we’re all about. What they saw surpassed their expectations.

“Dave and I thoroughly enjoyed visiting North Shore Animal League America,” says Linda. “Frankly, we didn’t expect North Shore to be as good as we’d heard — after all, it’s such a large organization — but after visiting, we realized they are totally exceptional.”

Once on our campus, the Kaltenbachs were most moved by the obvious compassion and commitment to the animals on the part of everyone they met. “We experienced firsthand — from the guy in the parking lot, the volunteers, the staff, and the executives — the love, caring compassion, and pride in the mission of North Shore Animal League America,” Linda recalls. “Obviously, everyone has ‘bought into’ the welfare of the animals.”

It’s that commitment that resonates most with the Kaltenbachs. “North Shore is not just a shelter for animals,” says Linda. “It’s a home where the animals have a good life. When you witness the success of North Shore, you fully understand the good they’re doing.”

At the moment, the Kaltenbachs are “pet-less,” after years of living with and loving their several rescue cats. Recent retirees, they’re now taking the opportunity to travel — including that impromptu trip to Long Island. Nevertheless, they still feel a special connection to homeless animals, and always will. “Shelter cats and dogs need ‘their own people’ to care for them,” says Linda. “They should not be homeless. All of our many cats were drop-off rescues and instantly became wonderful family members who loved us unconditionally.”

“When you witness the success of North Shore, you fully understand the good they’re doing.”

The Kaltenbachs believe deeply in sharing their good fortune with those in need who cannot help themselves. “When we choose to support an organization,” says Linda, “it’s crucial to know they are truly dedicated to their cause and will use our resources wisely, with the majority of the funds going to further their mission. That’s why it was so wonderful to see all that can be accomplished by an organization like North Shore that works hard and really cares.”

To learn more about how you can support our lifesaving mission with a gift, please contact Jill Burkhardt, at [email protected], or call 516.883.7900, ext 833. Thank you.