Gabriel was celebrating his birthday in May on the Brooklyn Barge when, in the blink of an eye, he made a decision to spring into action to save a life. 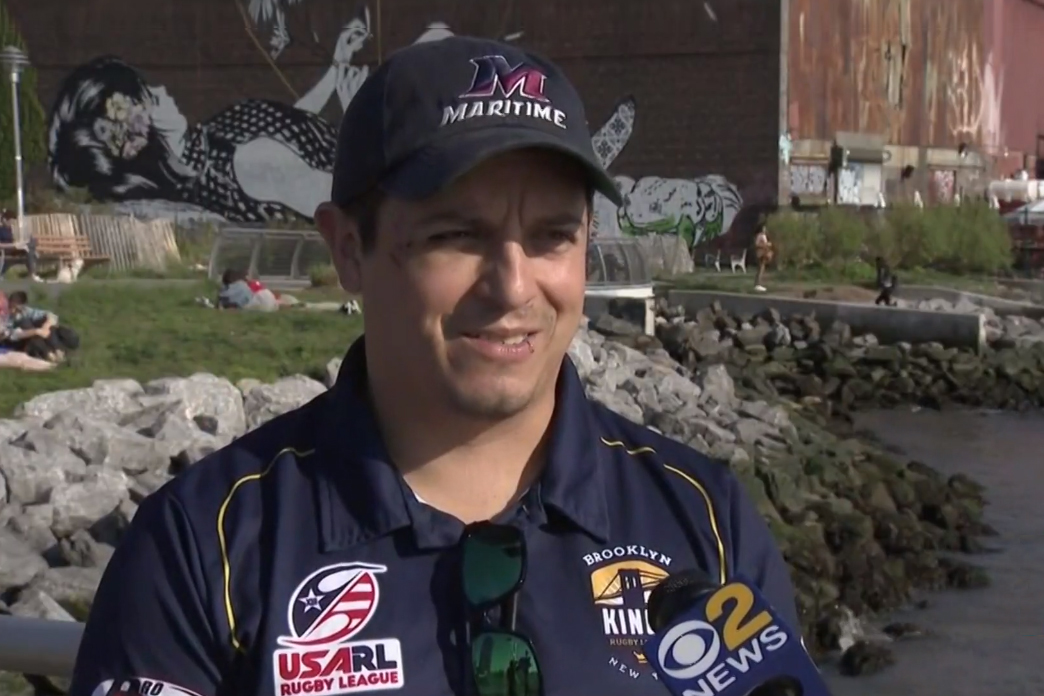 When his party noticed a dog swimming in the East River, they just thought it was someone’s pet going for a swim.  Until a person ran up to the Barge and said that Harper had run away.  “It looked like Harper was just swimming in circles and not even thinking about coming back to shore.  I kept noticing how her swimming was becoming more labored and her head was bobbing in and out of the water a lot more,” said Gabriel Castellanos.  “I knew the signs of exhaustion and add in cold water temperatures and that was a recipe for disaster for the poor pup.”

Gabriel didn’t know it then, but Harper had been adopted as a puppy from North Shore Animal League America and her owner, Erin, was performing with an Irish dance company in Manhattan.  Erin thought Harper was with her friends in Brooklyn and her trusted dog walker.  She had been, until Harper and the dog walker were hit by a taxi cab.  Harper panicked, got away from the walker, and just kept running till she got to the East River and jumped in.

At this point, hundreds of people had gathered—some were calling 911 and some were filming.  Harper was about 100 feet away from shore the entire time.  “I knew she didn’t have much longer and I thought to myself that I didn’t want to watch a dog die during a day of celebration.  I acted a bit out of instinct because I knew she wasn’t going to do it on her own,” stated Gabriel.  “I would hope that someone would step up to the plate to help if I were her owner who wasn’t around to help her own ‘kid’.”

Gabriel stood up and walked towards the pier.  Many things were going through his mind.  He knew he needed a flotation device before entering deep water.  He saw a life vest on the Barge and grabbed it.  Meanwhile the owner of the Barge was able to give him some information on the water and Gabriel asked the fishermen on the pier to reel in their lines because Harper was coming in closer and he didn’t want her to get snagged.

Unfortunately, no one knew if there were pilings below from an old pier.  He decided to lower himself down as close to the water before he jumped from the pier so he wouldn’t go in so deep.  He also went in with his back facing forward so the vest would take the impact if he hit a piling under the water.  Gabriel knew all of this because he’s a graduate of SUNY Maritime College and he’d taken mandatory survival at sea training.

Gabriel recounts that when he swam to within five feet of Harper, she began to panic again and swim towards the center of the East River.  He knew if she got out far enough, the current would just take her away.  He swam faster to reach Harper, but when he got there she flailed at him because she was so terrified.  He was able to secure her and start swimming back to shore.  He felt her calm down a little when she finally realized what was happening.  He arrived with the dog amid cheers from the crowd gathered.

Both Harper and Gabriel needed some medical attention after making it back to shore, but both are now fine.  Gabriel was taken to the hospital so he could be treated for some scrapes and injuries and given a Tetanus shot.  Luckily, he didn’t need to be treated for hypothermia as he wasn’t in the water a long time and it was a hot day. 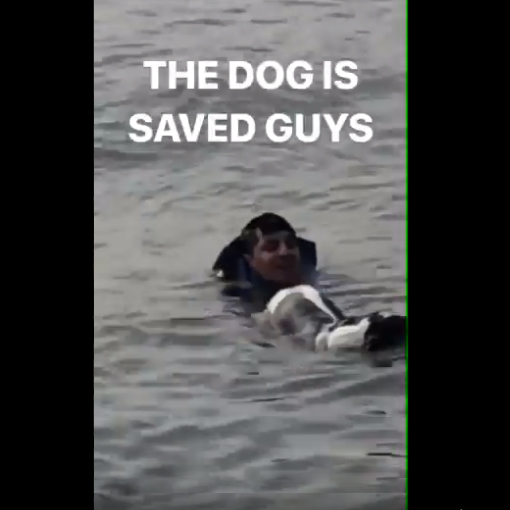 It turns out that Gabriel also had adopted a dog from Animal League America named Jewels, who now lives with his former girlfriend.  He’s a big dog lover.  He now owns a German Shepherd he got from a breeder who was the runt of the litter and nobody wanted.

Harper’s owner, Erin, has been messaging back and forth with Gabriel because she wants to treat him to drinks back at the Barge for saving Harper.  “Erin was very grateful for my being the only one to help out of a crowd of hundreds of people there.  No one owes me anything, it was my decision to help.”

In both Erin and Harper’s eyes, Gabriel is certainly a hero and he saved the day!

To read more about this amazing story, visit TheDodo.com.